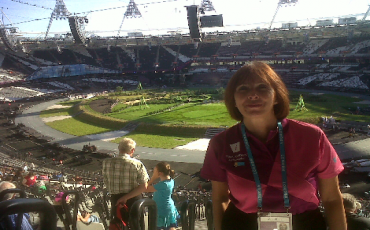 My tours don't only focus on historical facts and figures, because I think visitors to London also want to hear about contemporary aspects of the capital. So instead of hearing about who built Buckingham Palace and all the dates associated with the Queen's London residence, we will get to know just how the Queen welcomes people to her palace. It takes a lot of preparation as you can imagine. Many visitors to London for the first time know something about it from watching television or films set in London. One example would be the series about the people who lived their lives in Bloomsbury and became known as the Bloomsbury Set. So a tour around that part of London can be very appealing and that is what I offer. London is a place that can be visited all year round! Not only in the busy summer months. So why not plan ahead and consider coming here in the Autumn or in December to experience the excitement of a city that is preparing for the festive period of Christmas!