London landmarks and tourist attractions that begin with the letter C

This is the Guide London A-Z. I am Caroline Piper, a London Blue Badge Tourist Guide, and I am looking at the Letter C.

A “must-see” experience for many visitors to London is watching Changing the Guard. This is the process whereby the military, who have been responsible for guarding Buckingham Palace and St James’s Palace, are relieved by a fresh group of military personnel. This essential process is achieved via a traditional ceremony, full of colour and music.

At the start of the process the “New Guard” are inspected in front of their barracks to make sure they are fit to take over their guard duties – as you can see here. Following inspection, the New Guard march to Buckingham Palace, home of HM the Queen, where they pay their compliments to the Old Guard gathered there and officially take over guard duties.  Throughout this process, the military bands play music; traditional marches, pop music or film soundtracks such as Star Wars and James Bond.  Top you can see one of the Guards’ bands.

The soldiers on guard duty and in the band are usually from one of the 5 regiments of Foot Guards, known for their bright red tunics and large bearskins. Sometimes music is provided by a band from the Household Cavalry – as you can see at the bottom. The Household Cavalry are usually found guarding Horse Guards, the building which acts as the official entrance to the royal precincts. Here 2 mounted sentries keep guard every day between 10 am and 4 pm. The Household Cavalry also need to change the guard – here you can see the Life Guards Regiment, with their scarlet cloaks and polished helmets with white plumes, leaving their parade ground.

Much of the bunker has been recreated from photographs, but some of the rooms are almost completely untouched from how they were left, a couple of weeks after the end of the war. They include the remarkably austere Cabinet Room, where the Prime Minister met his Cabinet and Chiefs of Staff and argued out the most difficult decisions imaginable, Churchill’s bedroom where he rested during his unrelentingly long days, and above all the Map Room. The Map Room was the nerve centre of the war, where information and intelligence from every theatre of the war was collated and disseminated 24 hours a day.

The War Rooms also includes a museum dedicated to the life of Winston Churchill, with fascinating objects from every phase of his life. Stand and listen to his voice, as he “mobilised the English language and sent it into battle”, to quote John F Kennedy.

Around the corner is the Cenotaph – our national war memorial. It was first erected in 1919 to commemorate the first anniversary of the Armistice that ended World War I. The memorial is simple, a plain obelisk, decorated only with a carved wreath and the simple dedication “To The Glorious Dead.” There is no Christian or religious imagery, nor any names on it, it is for everyone. Its name means “empty tomb” a place to commemorate all those who died, including many whose bodies never made it home. It has since become the memorial to all those who have died in conflicts since World War I and every November it is the focus for the National Service of Remembrance.

Covent Garden Piazza was London’s first planned square, and at its heart, today is the redeveloped Covent Garden market, a flower, fruit and vegetable market for 300 years until it closed in 1974. Today the old market hall has been redeveloped to include shops, cafes, restaurants, and market stalls selling arts and crafts and antiques. At one end of the market is St Paul’s Church – known as the actor’s church as inside it has hundreds of memorials to actors and actresses. The area in front of the church is one of the areas where buskers and street artists perform, and you can enjoy everything from acrobats, to stand-up comedy, string quartets, opera, and pop music.

For those wanting something a bit grittier and alternative, head north to Camden Market centered on Camden Lock on the Regent’s Canal, previously a busy waterway for goods. In the 1970s the former warehouses were transformed into a bustling arts and crafts market. This took off, and today Camden is the perfect place to buy hand-crafted jewellery, clothes, vintage, music, art, and delicious street food. For fans of the late, great Amy Winehouse, this is also the place to come and pay your respects at her statue, sited close to her favourite local pub.

At the end of a busy day sightseeing, what could be better than to relax with a cold drink and a bite to eat at a pub! The Churchill Arms was renamed after Winston Churchill, as his grandparents had been regular visitors. His “best British bulldog” face adorns the pub sign and inside there are loads of fascinating Churchill memorabilia. Most people visit it for its beautiful flower displays – the pub has even won an award from the Chelsea Flower Show. At Christmas, it is transformed by crowds of Christmas trees all over the pub exterior. Inside you can enjoy traditional beers and ales and delicious Thai food.

About two hours drive west of London are The Cotswolds, an Area of Outstanding Natural Beauty. To many, The Cotswolds are quintessentially English, rolling hills, small picturesque villages, impressive stately homes, gorgeous gardens, and lots and lots of sheep. The eastern side of The Cotswolds are most easily accessible from London, and includes some of the area’s most lovely villages, such as Bibury described by William Morris as “the most beautiful village in England.”

These are just some of the tourist attractions you can find in London or on a day trip, which begins with the Letter C. My name is Caroline Piper and you can find out more about me on our website guidelondon.org.uk. 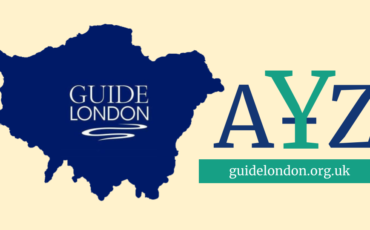 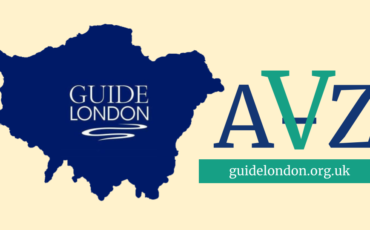