The Story of the Cenotaph in London – Marking 100 Years

At 11 a.m. on 11th November 1920, Britain marked the exact moment two years previously when the Armistice ended the fighting of the First World War. Standing on Whitehall, King George V stepped forward to unveil a new permanent Cenotaph and join the nation in two minutes of silent reflection. This moment started the tradition of the monarch leading the nation in remembrance from the Cenotaph, which is still with us 100 years later.

Yet the story of the Cenotaph is one of pressure from ordinary people, rather than of government or royal leadership.

The power of the Cenotaph as a place where people could feel close to the fallen was first demonstrated 16 months earlier, on Peace Day – 19th July 1919. The day was planned to celebrate British victory after the signing of the Versailles Peace Treaty. It was a celebration of the military that had brought that victory. A huge parade watched by thousands made its way through London, and entertainment including a fireworks display was organised in the central London parks.

During the planning, Prime Minister David Lloyd George became aware that the French were erecting a temporary monument along their parade route in Paris where the marching servicemen would salute the dead – those who had given everything to ensure victory. 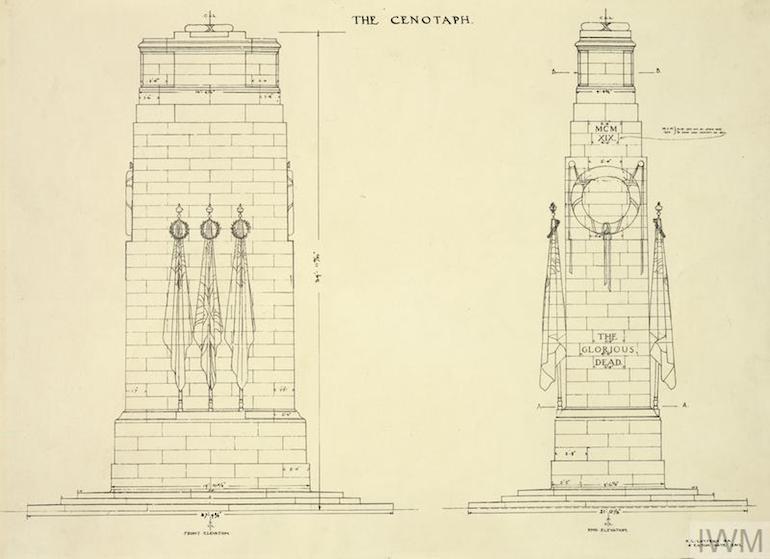 Lloyd George quickly approached the famous architect Edwin Lutyens to design a monument that could be placed on the London parade route. Lutyens proposed a cenotaph, or empty tomb, to represent the dead. Today Lutyens’s original designs can be seen in the Imperial War Museum. For those who know the memorial, it is amazing to see the quick sketches for a design that has endured for 100 years. At the time, however, it was just one part of Peace Day and designed to be temporary. The original Cenotaph was constructed in wood and plaster in less than 10 days.

Of all the elements of Peace Day, it was the Cenotaph that the public responded to. Many celebrated that day, but the victory had come at a terrible cost. Millions of Britons remained in mourning for husbands, fathers, sons, brothers and friends they had lost. The simplicity of Lutyens’s design allowed everyone to remember their own personal loss in their own way, and many reported feeling a closeness to the dead at the memorial.

After the parade, people came to lay flowers. And they didn’t stop. As early as the 20th July, the newspapers were describing a pilgrimage to the Cenotaph, and a London paper reported that in the week up to the 1st August, half a million people “gathered round this Whitehall shrine”.

The association with the dead, the public view of the Cenotaph as a shrine and the huge numbers of flowers left by mourners made it completely impossible for the government to remove the temporary structure as originally planned. The date for its removal was pushed back again and again while letters to the press urged that the memorial be made permanent. 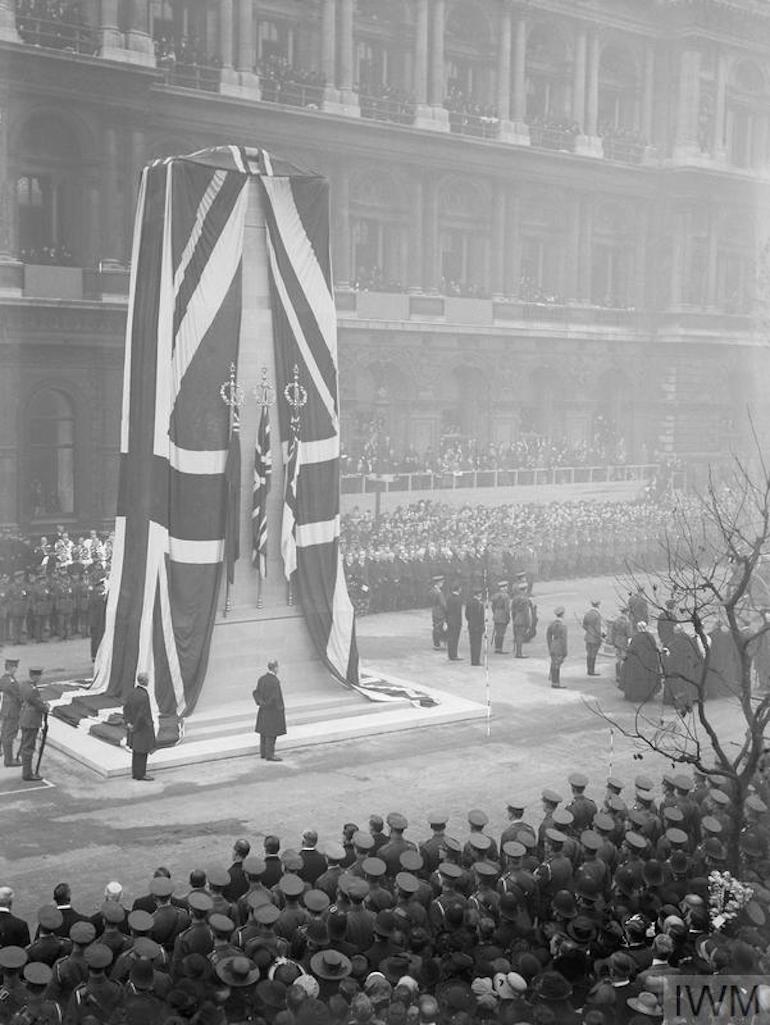 The unveiling of the permanent Cenotaph in London at Whitehall, by King George V, 11 November 1920. Photo Credit: © Imperial War Museum.

By the end of July, the Government had bowed to public pressure and decided to rebuild the Cenotaph in stone to the same design and on the same site. Yet even here, the government’s view of what the Cenotaph represented was significantly different from the public view. Government papers reveal that they saw retaining the monument as a way to remember Peace Day – a celebration of victory. It was the public response that turned this monument into the place to remember the dead.

While planning for the permanent Cenotaph continued, the temporary structure was left in place so people could still visit. By January 1920, a structure that had only been designed to last a few days was deteriorating, and yet the association with the dead was so strong that it was difficult to remove. Eventually, it was covered with hoardings so people would not have to see its removal, as the government explained, to “spare the feelings of those to whom the structure is especially sacred”.

This view of the Cenotaph as a sacred place in the centre of political and ceremonial London was cemented by the unveiling of the permanent Cenotaph on the 11th November 1920. With the two minutes of silence that had been introduced the previous year and the attendance of representatives of the bereaved, the ceremony became about remembering the dead, not victory.

For a nation reeling from unprecedented loss, the pilgrimage to the Cenotaph and the laying of flowers allowed public expression of personal grief in the years after 1920. The Cenotaph became the centre of remembrance in this country, which it remains today. 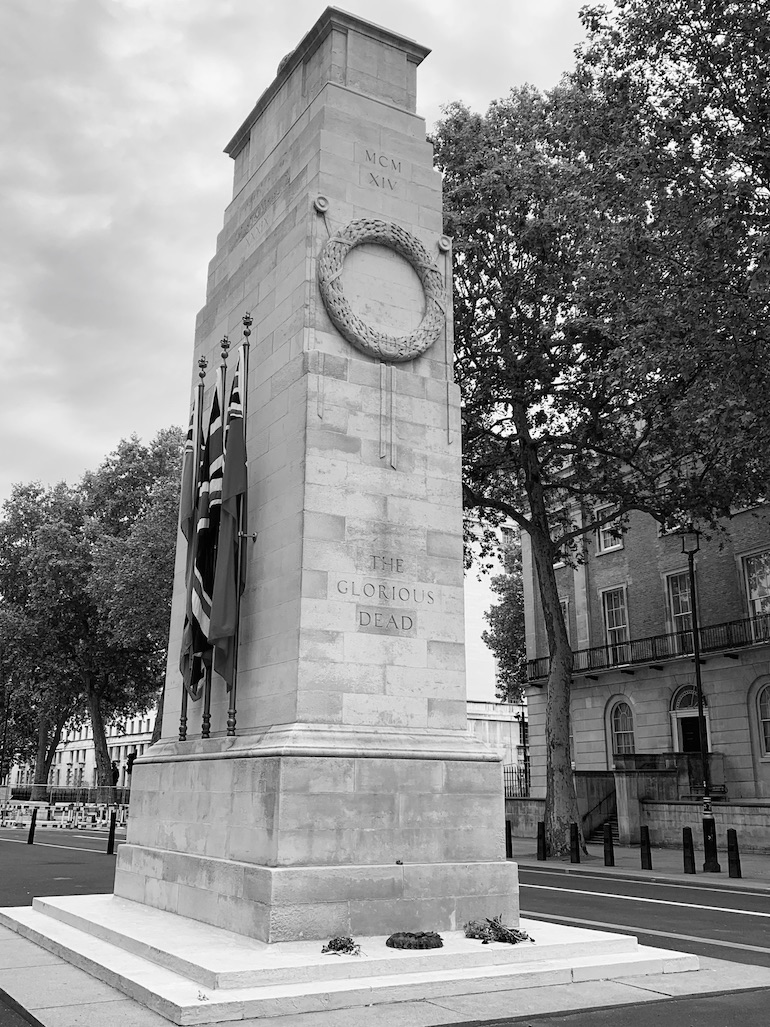 View of the Cenotaph in London. Photo Credit: © Ruth Polling. 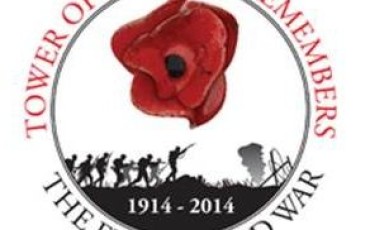 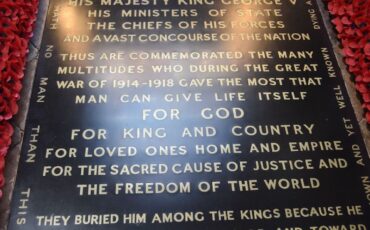