The London Marathon starts and finishes in two of London’s most beautiful areas. The starting point is a wide-open expanse of grassland lined by historic houses and cottages on the edge of the pretty village of Blackheath itself. The London marathon route then winds its way past some of our most recognised historic sites, and some of its newer attractions, before finishing near to Buckingham Palace on The Mall.

Heading away from Blackheath, the Marathon route heads East before swinging back along the Thames towards Greenwich, an impressive complex of buildings over 300 years old. The most famous is the site of the Greenwich Prime Meridian at the Royal Observatory which is situated up the hill on your left. Closer on your left-hand side you will see the Queen’s House with its colonnades on either side. This was the first neo-classical building in England and revolutionised architecture after years of Tudor brick buildings and palaces. Next is the National Maritime Museum, and on your right the Old Royal Naval College which has been used so frequently for filming, representing Buckingham Palace, the streets of London and even the boulevards of Paris. 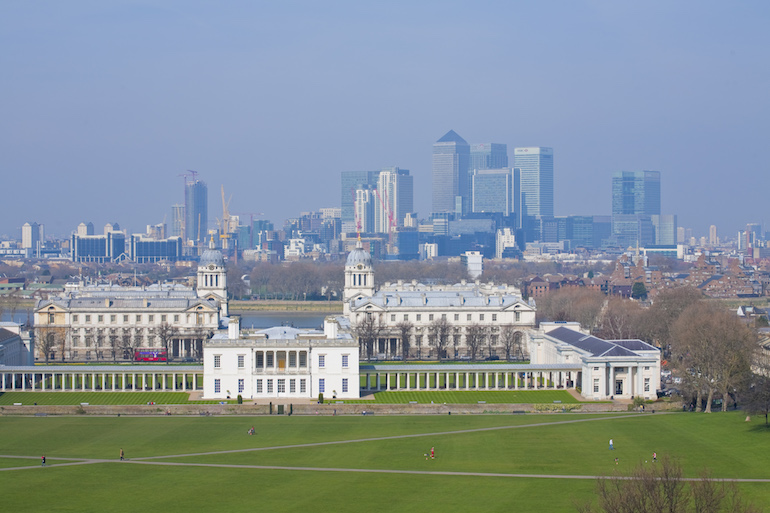 Now we turn to the right and pass the wonderfully renovated ‘Cutty Sark’ with its tall masts and rigging. This is a ship known as a ‘tea clipper’ which would sail around the globe with cargo such as tea and wool. It is now a favourite to visit – try climbing into the ship’s cabins or maybe sit at the Captains table? Continuing West we go through the docklands – once home to huge warehouses, many now converted to luxury apartments.

As we turn right and over the Thames River, Tower Bridge looms above us. An impressive sight, the building is now also a visitor attraction. From the high walkways above the bridge, we have fabulous views of the river and also an eerie view down through glass floors to the bascule bridge, designed to open to allow tall boats through.

Take a look to your left as you cross the bridge and on the South Bank you can see the ultra-modern City Hall, the offices of the London Mayor, known as the Snail, the Sliced Onion and even Darth Vader’s Helmet, it is one of our aptly named new buildings which are transforming the skyline of London. Look out also for the Shard behind it, one of the tallest buildings in Europe with offices, bars, and restaurants, again with amazing views. 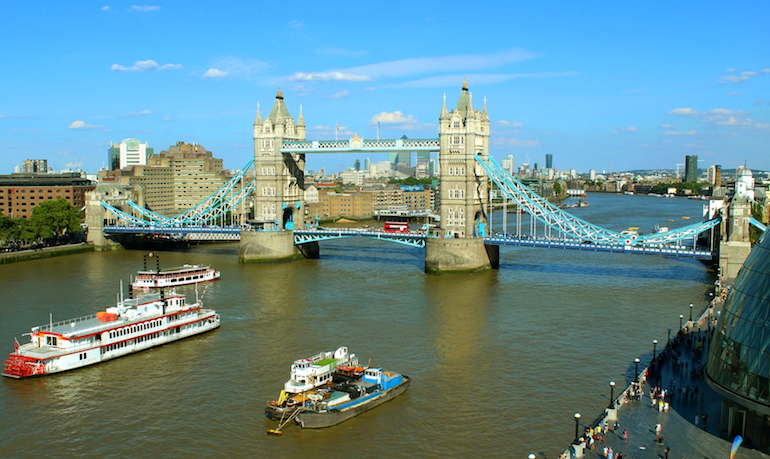 We quickly by-pass the Tower of London (more later) and turn East again, this time to one of London’s newest areas – Canary Wharf. Designed to be a new business area it took off in the 90’s to become an extension of the City of London and is highly successful hub for business but also houses shopping malls, bars and restaurants. Stop here to see the Docklands section of the Museum of London focusing on the history of the docklands and trade, which for a long time made London the most powerful capital in the world.

Returning West and back to the City, we pass the Tower of London, one of London’s most visited attractions where we can almost touch the past. Here we can explore medieval apartments, see armour worn by our most infamous kings and also marvel at the spectacular Crown Jewels. So much has happened on this spot; you can hear stories of murders and beheadings, of escapes and heists, and also of imprisonment and torture.

Continuing westbound we whisk through the financial sector to re-emerge on the banks of the Thames, passing the legal quarter on your right. The Inns of Court are a warren of alleys and courtyards of yesteryear and far from being dull and stuffy, they are picturesque with many stories to tell. Shakespeare’s Twelfth Night was first performed in Middle Temple Hall 400 years ago, and behind this can be seen the unusual round chapel of Temple Church built by the Knights Templar in 12thC and burial place of Magna Carta barons.

We are now on Embankment and the South Bank to your left can be seen with its theatres, concert halls, and cultural institutions. Our eye is drawn to the London Eye; less than 20 years old it is now a familiar sight and a lovely way to view the rooftops of London. We see the Houses of Parliament, home to government and currently undergoing some careful restoration. Just past this on the left is Westminster Abbey, place of coronations, weddings, and state funerals. This area is home to our most important government offices and just nearby is 10 Downing St, residence of our Prime Minister. 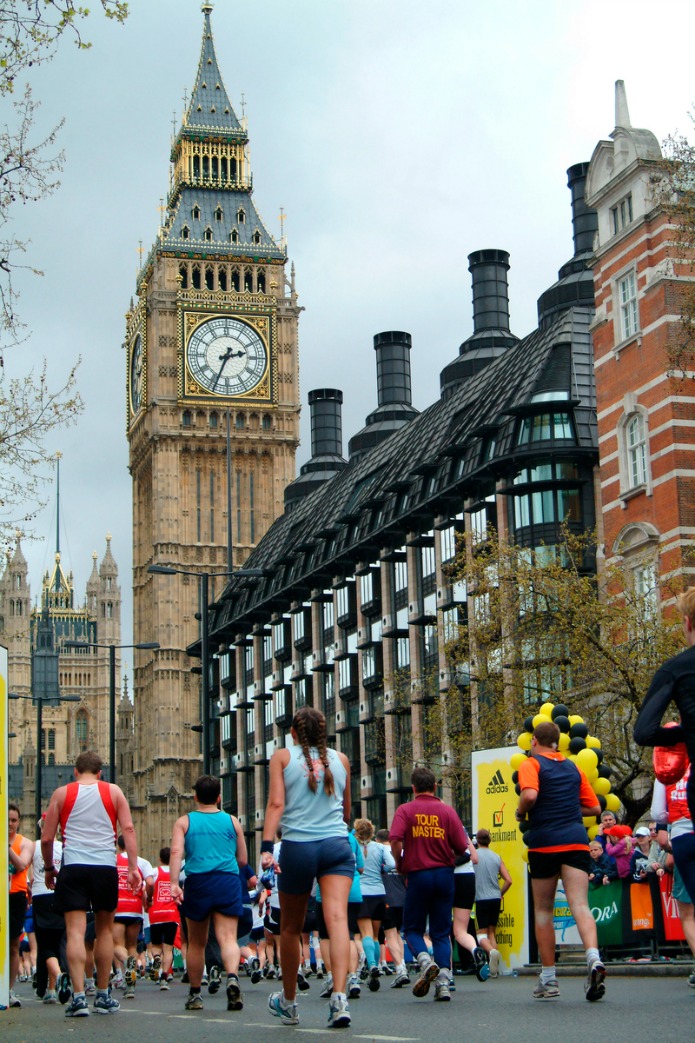 We are almost at the end as we pass the leafy St James’s Park on the left. Our route takes us to the Queen’s official London residence, Buckingham Palace which in summer will open its doors to visitors to admire its impressive State Apartments with Throne Room, Banqueting Hall and sweeping staircases lined with masterpieces of art.

Finally, we cheer on our athletes at the finishing line on The Mall. Now our thoughts turn to lunch with a huge choice of eateries nearby on Piccadilly or around Trafalgar Square. How about some culture this afternoon with a visit to the National Gallery?

London Blue Badge Guides conduct walks and tours through all of these areas, bringing to life the buildings and sites. Choose a day in Greenwich, a legal walk of the Inns of Court, a Royal Highlights walking tour or maybe a guided visit to view European masterpieces in the National Gallery. 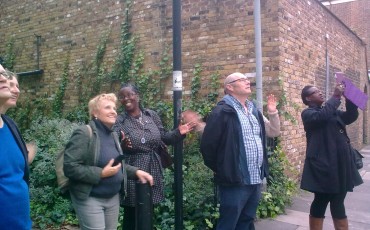 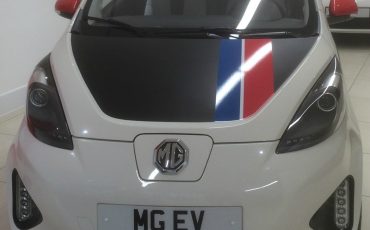