How many London landmarks and tourist attractions can you name that start with the Letter S?  Blue Badge Tourist Guide Katherine Alcock continues our Guide London A-Z video series and provides insights on the historical events, famous and not-so-famous landmarks in London starting with the Letter S.

London landmarks and tourist attractions that begin with the Letter S

Hello and welcome to the Guide London A-Z.  My name is Katherine Alcock a London Blue Badge Tourist Guide, and I’ll be looking at some of London’s landmarks and tourist attractions, beginning with the letter S.

First up is London’s Science Museum. Founded in 1909, after separating from the Victoria & Albert Museum, it is filled with all sorts of exciting artifacts from the world of science and discovery, such as the Apollo 10 command module. It has exhibitions on flight, the human body, mathematics, the information age, and much, much more, and like many of our publicly funded museums, it is also free to enter!

Now to Soho, an informal district of London that sits just to the South of Oxford Street. In the 20th-century, Soho became associated with swinging London; with art, fashion, and rock and roll. Anyone who was anyone in the cultural world of the 60s and 70s was seen in Soho, and Carnaby Street, pictured here, was the centre of the city’s exuberant fashion scene. The area also became synonymous with freedom and progressive thinking, and for that reason became the spiritual home of the city’s LGBTQ+ community. Pride is celebrated here with gusto every year!

Just North of Soho on Oxford Street is Selfridges & Co, one of London’s most famous department stores. Founded in 1908 by Harry Gordon Selfridge, an American retail magnate, the store is still one of the best places in the city to shop for luxury fashion. There’s a food court, a children’s section, and much more to explore, but it also has a fascinating history.  Mr. Selfridge was a pioneering businessman and wanted shopping to feel like an experience and an adventure rather than a chore. He was also a big supporter of women’s rights, decorating his shop windows in support of the suffragettes, who were campaigning for votes for women.

Around the corner in Mayfair, you will find Savile Row, known in particular for its tailors – the best in the City, who create exquisite made-to-measure suits for London’s most fashionable gentleman and women. Don’t be fooled though, just like Soho, Savile Row is a little rock and roll, it was home at number 3 to the offices of the Beatles, and famously became the location of their last ever live performance, an impromptu affair that took place on the roof!

Heading South of the River Thames we come to Southwark and its beautiful cathedral, seen here in the shadow of another S – the Shard, London’s tallest skyscraper. Southwark Cathedral has been a place of worship for over 1000 years. As well as being a beautiful church to visit and worship in, it also has some star-studded connections. Edmund Shakespeare, an actor and the brother of playwright William Shakespeare, was buried here in 1607, and it’s likely the bard visited often as his theatre, the Globe, was just around the corner. In recent years Southwark also became famous for its cat, Doorkins Magnificat, about whom a children’s storybook was written.

Another famous S is St James’s Palace, this extraordinary 16th-century brick structure is just a stone’s throw from Buckingham Palace and has a fascinating royal history. Built during the reign of Henry VIII, it has witnessed major royal events such as the wedding of Queen Victoria and her husband Prince Albert in 1840 and is still in use as a royal palace today. It is an excellent place to catch the beginning of the Changing the Guard Ceremony away from the crowds at Buckingham Palace.

Under S we also have St Paul’s Cathedral, the seat of the Bishop of London and one of the most recognisable landmarks of the City. The current incarnation is at least the 5th church to stand on this site, having been built following the Great Fire of London of 1666. The man charged with rebuilding the church was the architect Sir Christopher Wren, and it is his structure that we know and love today. It took on particular significance for the people of the City during the blitz of the Second World War when the survival of the cathedral’s great dome through night after night of intense bombing raids became a symbol of hope for the nation.

Finally, we have Stonehenge, a UNESCO World Heritage Site located outside of London in the Wiltshire countryside. Stonehenge is one of the most famous tourist attractions in the country and welcomes over a million visitors each year. This magnificent structure was created over 4500 years ago by our Neolithic – or New Stone Age – ancestors, using only wood, stone, and bone tools. The monument aligns with the rising and setting suns on the summer and winter solstices respectively, and has dominated the landscape for centuries. The mysteries of this structure and the people who built it are still being explored today and it truly must be seen to be believed.

These are just some of the tourist attractions that you can find in London, beginning with the letter S. My name is Katherine Alcock.  Check out my profile at our website guideLondon.org.uk. Please subscribe to our YouTube channel and join us as we explore the A-Z of Guide London.

I am a born and bred Londoner with a passion for the past.

Having studied history at Cambridge University all the way back in 2008, I turned my back on the world of academia to go and follow my theatrical dreams, and trained to be an actor at the Oxford… 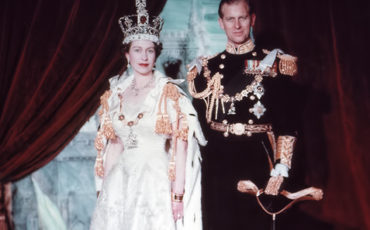 On 17 July 1917, King George the Fifth declared that 'all descendants in the male line of Queen Victoria, who are subjects of these realms, other than female descendants who marry or who have married, shall bear the name of Windsor.' 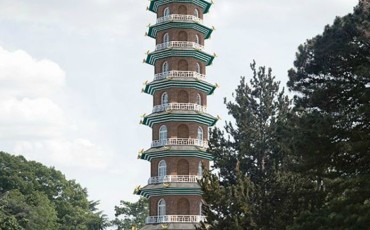 Dragons To Return To The Great Pagoda At Kew Gardens

It was one of the jewels in the crown of Georgian London: a building so unusual that a suspicious public were unconvinced it would remain standing when it was built in 1762.  Designed at the height of the 18th century craze for Chinoiserie, The Great Pagoda at Kew was famously adorned with 80 brightly coloured wooden dragons. The eye-catching dragons were the talk of the town for 20 years, before disappearing in the 1780s, rumoured to be payment for the Prince Regent’s gambling debts.