There are thousands of World Heritage Sites recognised and listed by UNESCO, but there are very few as intriguing, enigmatic, and awe-inspiring as Stonehenge. Stonehenge is one of the wonders of the world, the best-known prehistoric monument in Britain if not in Europe. A stone circle built almost 5,000 years ago, it still inspires with its size and construction methods. Visitors have to travel to Wiltshire to experience it but it is a journey well worth doing. Once there, these are the top ten things to see.

1. Neolithic Houses: before approaching the stone circle make sure to see the reconstructed Neolithic Houses. Built by a team of 60 volunteers, on information gathered from excavations in the area, these houses give the visitor an excellent opportunity to be transported back to the past and see what life was like for people 4,500 years ago.

2. Reconstructed stone: while in the reconstruction area, try to pull the concrete replica of a stone. It has been estimated that it would have taken 200 men 12 days, to drag such stones the 40km distance to the Stonehenge site. Such an effort would have required support and sustenance from local communities, giving an insight on how communities would have been organised.

3. Neolithic Tools: the small but very interesting museum at the Stonehenge visitor centre has a great display of tools used to construct the monument. Deer antlers were used to dig the chalky earth, highly polished stone axes were used for felling trees, flints were used to cut and shape leather. All this work to be done and no metal in sight!

4. Forensic reconstruction of Neolithic man: the bones of a man who died 5,500 years ago, near Stonehenge, have been forensically reconstructed and are held in the museum. This is a unique chance to come face-to-face with a prehistoric man who might have helped build the monument.

5. Burial mounds and barrows: approaching Stonehenge, either by foot or by shuttle bus, the landscape is littered with what appear to be small, perfectly formed hills. These hills are all man-made and were used as burial mounds for individuals and larger groups.

6. Sacred Enclosure: upon approaching the monument, a small ditch can be seen. This earthwork enclosure would have been the first Stonehenge, hundreds of years before the first stones were moved to the site. Constructed around 5000 years ago, what looks like a dimple in the landscape, would have been a ditch 2m deep made of gleaming white chalk. 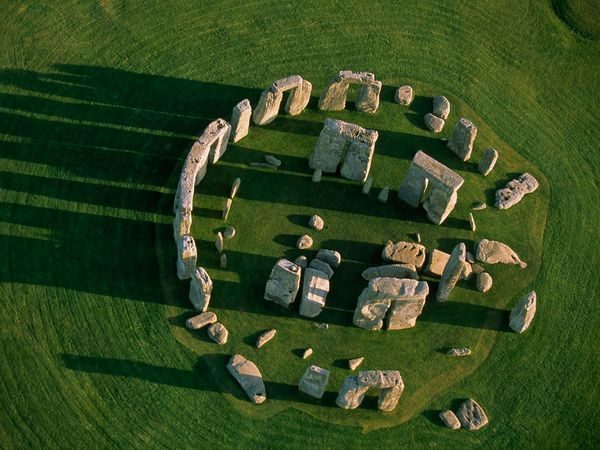 7. Large sarsen stone: look at this impressive stone which weighs about 40-tons. Imagine having to drag it across the Salisbury plains, bringing it to the site, and have to lift it to upright position. Look at how the sides are smooth and shaped.  Imagine a second stone of similar height placed next to it and a third one on top, capping the other two, creating a great trilithon. This is truly monumental architecture.

8. Tenons: look at the top of the great sarsen to see a “bump”. These tenons were used to secure the top stones in place, using a technique that has its origins in woodcarving. While there are hundreds of stone circles in Europe, Stonehenge is unique in displaying such building techniques.

9. Aubrey holes: in-ground and round markings can be seen, making out the positions of what archaeologists refer to as “Aubrey holes”. There is a circle of 56 of such large circular pits which may have been used to hold large timber posts. But they were also places of burial, with cremated human bones found in them, dating back to 3000 BC. Was Stonehenge a prehistoric cemetery? 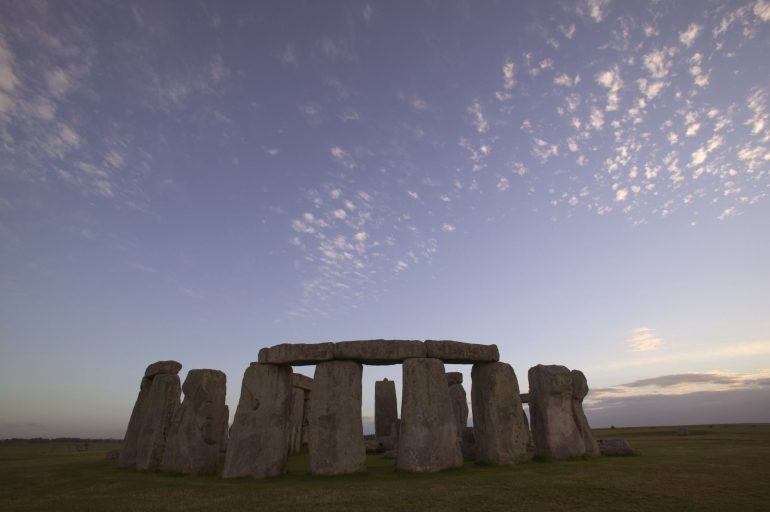 10. Station stones: notice two stones set aside from the circle, in opposite directions but in perfect alignment. There would have been two more markings a perfect square. Their precise position has been very carefully calculated, 2000 years before humans even thought of geometry! It is thought that these stones were used as markings in order to create the circle that forms the monument.

Stonehenge has been a wonder and a place to visit for hundreds of years. Theories suggest that it was used as a place for sacrifice, as an ancient cemetery, as a Neolithic healing site, as a monument to worship the dead ancestors, even as a UFO landing place! We may never know exactly how the monument was used and what it meant to the ancient people who constructed it, altered it, and used it for thousands of years. The best way to experience it, understand its construction and hear about all the theories is to have a Blue Badge Tourist Guide explain it all. 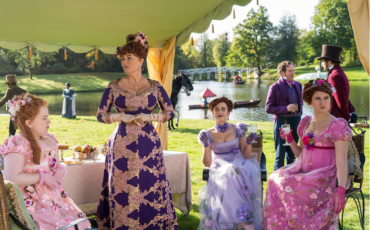