London landmarks and tourist attractions that begin with the Letter H

Hello, welcome to the Guide London A – Z. My name is Aaron Hunter and I’m a Blue Badge Tourist Guide for London. I’m going to introduce you to sites and tourist attractions beginning with the Letter H.

On the very edge of London is the magnificent Hampton Court Palace that was once home to the famous English King Henry VIII. You can imagine him welcoming the guests within its fine great hall known for his six wives. It was in this palace that his third wife gave birth to the future King Edward VI. You really can spend a whole day exploring this massive palace and its beautiful gardens.

Another ancient palace in Westminster is better known as the Houses of Parliament. It is through the Victoria Tower the Queen enters to present her State Opening of Parliament Speech within the House Of Lords with its red benches, while the centre of British democracy is the House Of Commons with its green benches where Members Of Parliament debate the new laws of the land and the Prime Minister answers questions once a week.

Down the road is the Horse Guards Arch and Parade. It is here you can meet the Queen’s Horse Guards, the Red Lifeguards, and the Blues and Royals that guard the arch. They change during Changing Of The Guard
and after they change, the guard will then return to the Hyde Park Barracks.

Hyde Park is a green lung in the heart of London. Central London’s largest park is complete with the Serpentine Lake at the center and it’s there you can see these beautiful swans. It even has an old horse track or road, Rotten Row. A road from 1690 for King William III when moving between his palace.

London is a shopping destination and one of its two iconic department stores can be found in Knightsbridge. Why not lose yourself in the Food Hall of Harrods or look at the latest fashions in Harvey Nichols.

Mayfair is home to a very unusual museum to two musical geniuses, both born outside the United Kingdom but both made London their home. Two centuries apart but next door you have George Frederick Handel and Jimi Hendrix. You can explore the house of the 18th-century composer Handel
or the 1960s flat of 20th-century musician Jimi Hendrix.

In North London, you can walk amongst the graves and tombs of Highgate Cemetery. You can meet the sleepy lion or its most famous resident, the German philosopher and socialist revolutionary Karl Marx.

Very few cities in the world have a Royal Navy Battle Cruiser at its heart complete with guns. HMS Belfast fought in World War II and as part of D-Day as well as the Korean War. Now preserved as a museum, HMS Belfast is great for children as you can explore the nine decks from the captain’s bridge to the labyrinth of boiler and engine rooms.

These are just some of the places in London, beginning with the Letter H. My name is Aaron Hunter. Check out my profile at our website guideLondon.org.uk. You can also subscribe to our YouTube channel and join us as we discover the A-Z of Guide London.

Hello, my name is Dr Aaron Hunter and I am a prize-winning qualified London Blue Badge Guide, with a passion for this city and the UK and I would love to show you the treasures and places that Great Britain has to offer. I come from a London family… 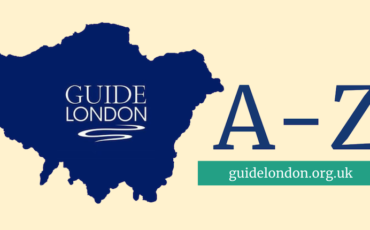 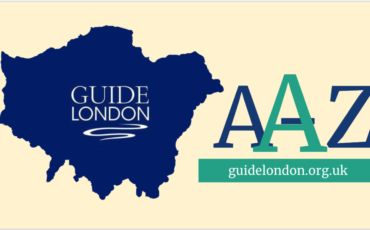