I Am Ashurbanipal Exhibition at the British Museum in London

The British Museum is truly a world museum with collections ranging from Africa, Oceania and the Americas to The Middle East, Ancient Greece and Rome to Asia and back to Britain and Europe. There are intricate, delicate objects like the exquisite jewellery in the Waddesdon Collection and within two minutes, you can find the huge, impressive 7-ton head and torso of the Pharaoh Ramesses II. The British Museum promises amazement, fascination, delight and sometimes even unease.

This mixture of emotions can be felt in one of the most famous permanent collections – the Lion Hunt reliefs. These adorned the walls of King Ashurbanipal’s ancient Assyrian palace in the city of Nineveh located in what is today’s Iraq. Ashurbanipal was a mighty Assyrian king who ruled a vast empire between 669-631BC. Only the king could demonstrate his greatness by hunting and killing the now extinct native lions and it is this hunt that appears to us almost like an ancient Mesopotamian action-packed animation film. Our 21st-century sensibilities feel pity for the dying lions, but in its historical context palace visitors in the 7th-century BC would have been grateful to the king for protecting them from these wild and dangerous creatures. 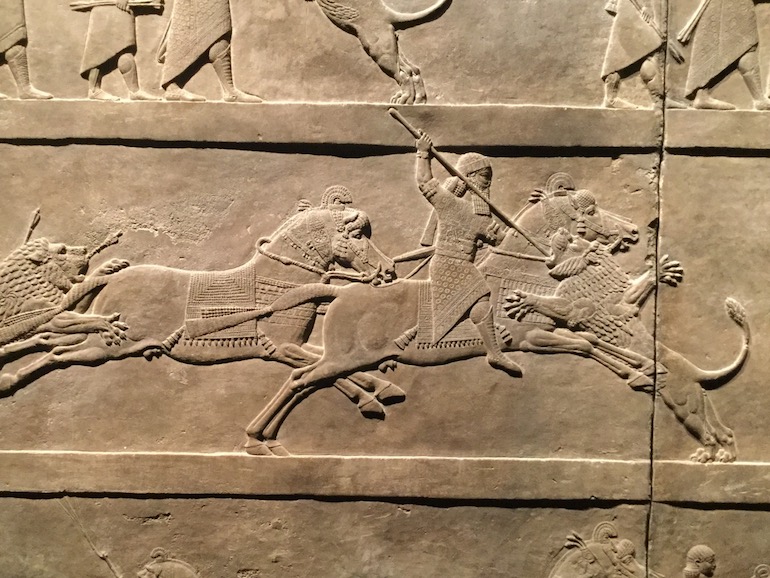 The British Museum’s current special exhibition, I am Ashurbanipal (from 8th November 2018 – 24th February 2019), reveals to us so much more about the life and times of this Assyrian king. This stunningly-curated exhibition cleverly uses lighting to focus on the details found in many ancient stone reliefs carved over 2,700 years ago that we don’t usually get to see. We learn that Ashurbanipal was not just a lion-killer, but a warrior who defeated and dominated the region from Cyprus in the west to Iran in the East.

In one section of the reliefs, which are illuminated at key moments, deep foreboding music accompanies the arrival of the king’s defeated and humiliated enemies following a battle. We see some of them dragged to the floor to have their tongues cut out in front of each other. But it’s not all about ferocious hunting, battling, and retribution.  Colourful lighting reveals the lush palace gardens and canals built by Ashurbanipal’s grandfather King Sennacherib. Some academics even believe that the Hanging Gardens of Babylon were not at Babylon at all, but sited at the palace at Nineveh.

Ashurbanipal was also a great scholar and librarian. He wanted to gather all the knowledge his 7th-century world had to offer so he created a vast library of hundreds of thousands of clay tablets that used the ancient script no longer in use known as cuneiform. The exhibition has re-created a temporary tablet library, but the British Museum is home to 30,000 of these tablets, some of which are on permanent display upstairs in Room 55.

If you are inspired to buy tickets to see the Ashurbanipal exhibition, why not book a British Museum Tour with a Blue Badge Tourist Guide to help you place Assyria in the context of world history before or after you go in? Guiding is not permitted inside special exhibitions, but a professional Blue Badge Guide can greatly enrich your overall visit to the many other Museum galleries including the Assyrian and Mesopotamian permanent collections. We can reveal the adventures behind how many of the artefacts arrived at the museum and we can especially help to bring the stories of the objects to life for younger visitors. However, let’s face it, everyone loves a good story even if it is about a lion-hunting librarian king! 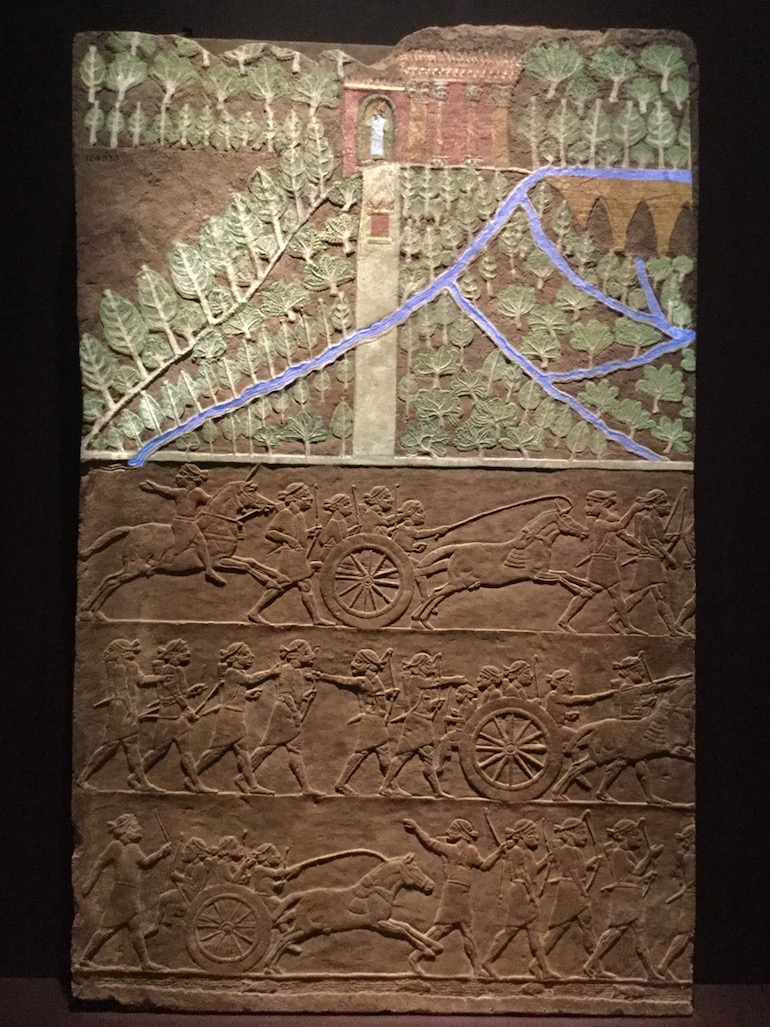 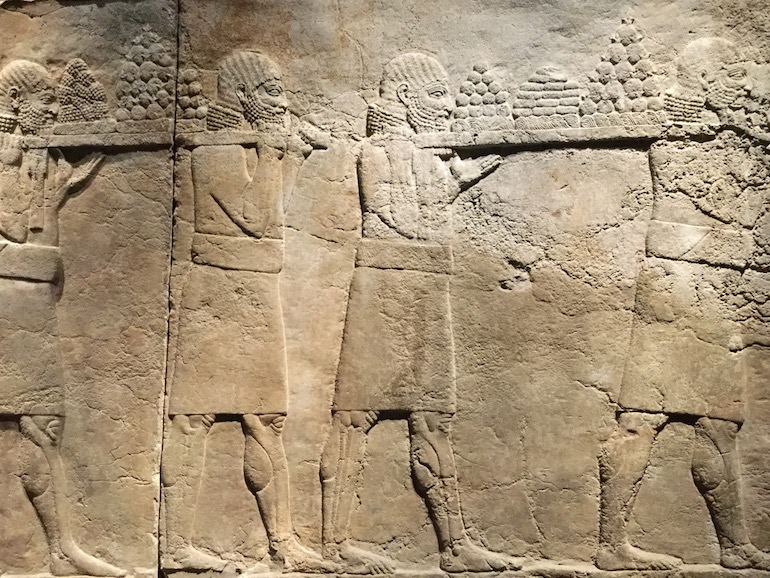 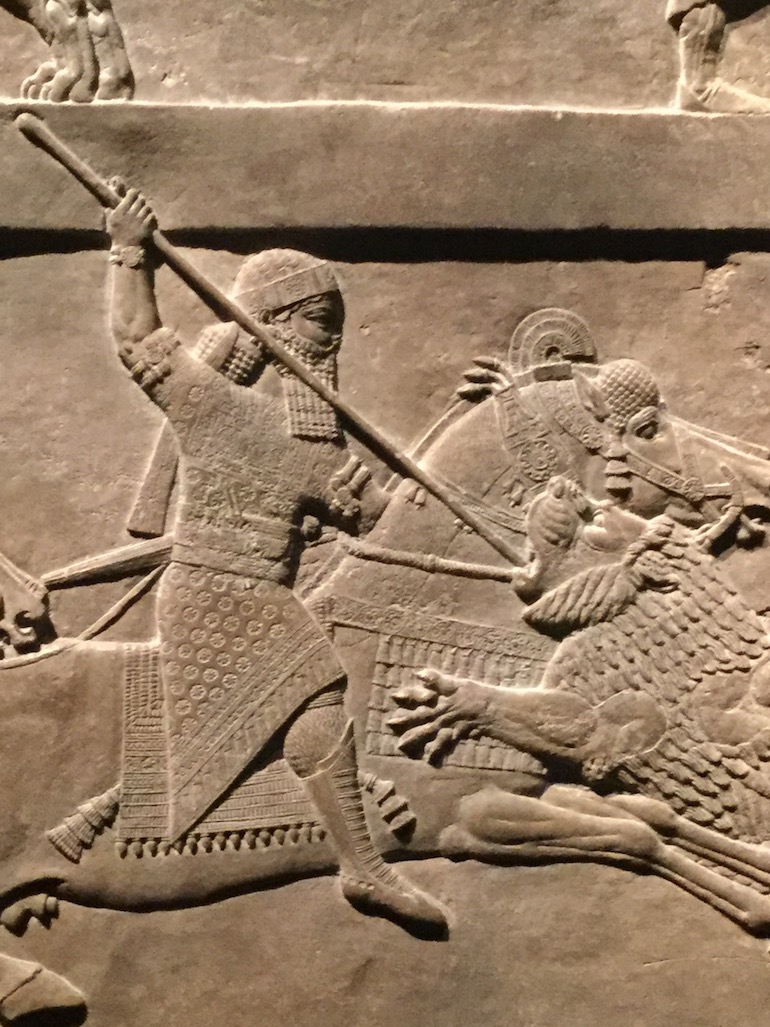 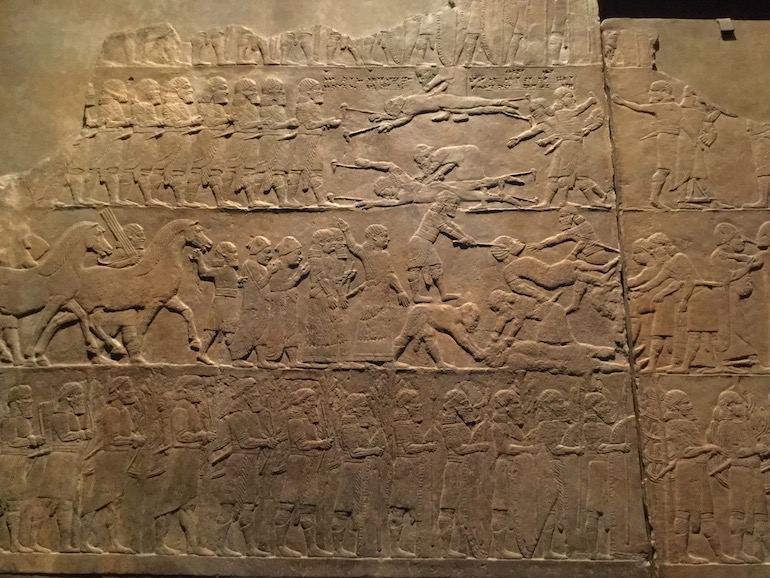 WELCOME TO LONDON
There is so much to do on a visit to London and the UK. So what kinds of things can you do with Sue Hyde The Guide? 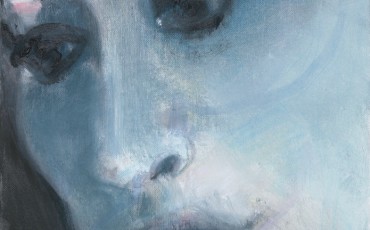 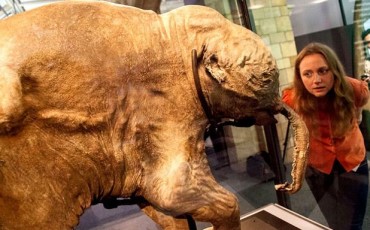 Be awestruck as huge fossils and life-size models of mammoths and their relative’s tower above you and meet Lyuba, the world’s most complete mammoth, as she takes centre stage in the Mammoth's Ice Age Giants exhibition at the Natural History Museum.