The Frames in Focus: Sansovino Frames exhibition marks the first in a series of exhibitions at the National Gallery which will explore specific frame types; bringing together 30 exquisite examples of this distinctive style of frame associated with Venice and the Veneto.

With only two of the exhibits framing paintings, the exhibition demonstrates how frames – designed as removable items to enhance a painting only since the early 1500s – can be considered works of art in their own right, and can transform the way we look at paintings.

With outstanding examples of frames dating from 1550 to 1600 on loan from the Victoria & Albert Museum and private inter- national collections, this exhibition reveals the story behind Sansovino frames and invites us to look again at paintings and the frames that surround them.

So enduring was the reputation of architect and sculptor Jacopo Sansovino that in the late 19th century the term ‘Sansovino’ was coined to describe frames created in an elaborate, early-baroque style – more than three centuries after his death. The Frames in Focus: Sansovino Frames exhibition is on at the National Gallery in London until 13 September 2015. 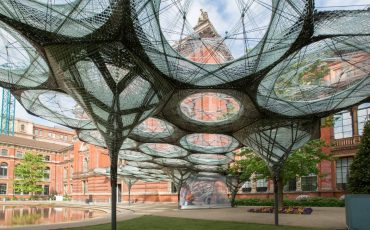 5 Reasons To Visit The Royal Academy of Music Museum

Below are 5 reasons why the Royal Academy of Music Museum in London is a must for music lovers!