This Chelsea in London walking tour begins at Sloane Square Station. On 5th April 1960, the publisher Peter Davies, who as a boy had been the inspiration for the fictional Peter Pan, threw himself under a train. JM Barrie, the author of Peter Pan, himself identified Peter Davies as the original and when the latter started his publishing company in 1926, the papers reported Peter Pan Becomes Publisher. But the identity plagued him, and he came to loathe what he called, “that terrible masterpiece.” The verdict by the coroner was, “suicide while the balance of his mind was disturbed”.

Peter Davies was one of the five Llewelyn Davies boys J M Barrie took under his wing when their parents died. In fact, all five brothers were the true inspiration for Barrie’s tale. They were George, Jack, Peter, Michael and Nico. In the end, it was Jack and not Peter who is said to have profited most from the story. When told by his mother to stop scoffing chocolates or else he would be sick tomorrow, his retort was, “I shall be sick tonight”, as he carried on shoving them into his mouth. J M Barrie was said to be so impressed by his precocity that he offered Jack a halfpenny royalty for every performance of the play.

Tragically two of the boys, like Peter Pan, never grew up. George, the eldest, was killed in the Great War, aged 21. Michael, number four, drowned in the Thames aged 20 when he and a friend went boating in Oxford to a place that was known as a danger spot. The suggestion of a suicide pact has never been ruled out.

J M Barrie once wrote, “Nothing that happens after we are twelve matters very much.” When Nico, the youngest boy, was interviewed for the biography JM Barrie and The Lost Boys, he stated, “he was an innocent – which is why he could write Peter Pan”. 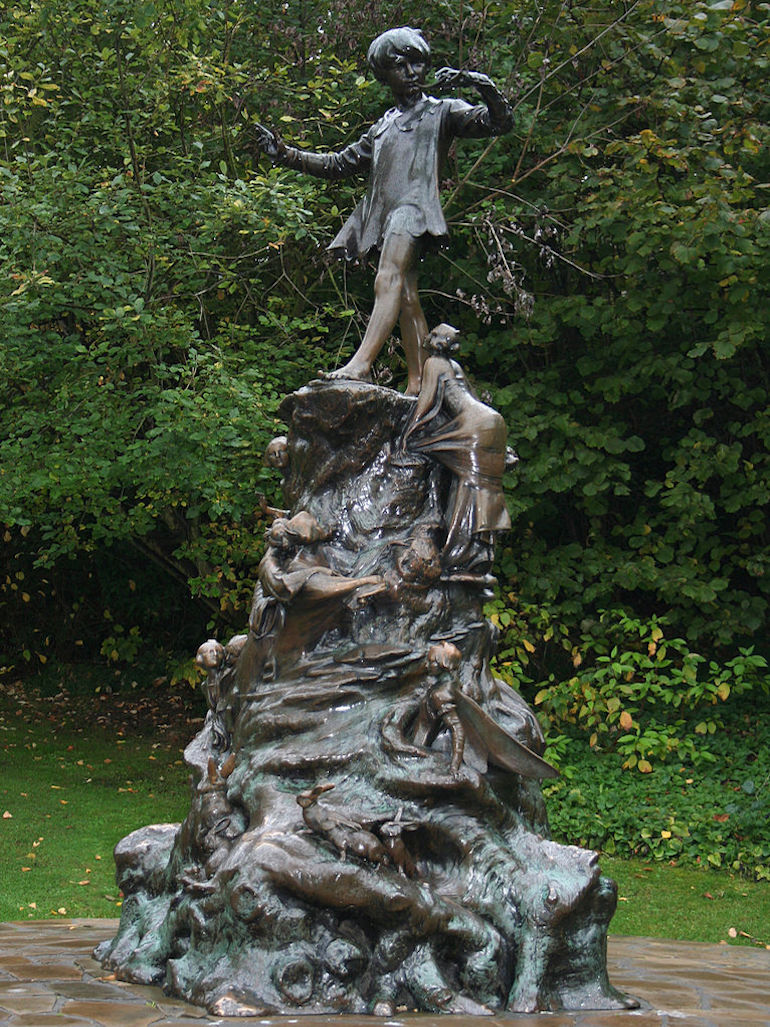 In St Leonard’s Terrace, you will find a blue plaque to Bram Stoker, the creator of Dracula. Keep some garlic handy. Apparently, Stoker came up with the idea after a nightmare induced by a rich crab dinner.

It was often thought that Stoker’s inspiration was Vlad III, known as “Vlad Tepes” (Vlad the Impaler), who is said to have done away with more than 400,000 victims impaled on spikes in Romania in the 15th century. The corpses were boiled, skinned and left to be eaten by animals. Vlad was known as ‘Dracula’, which in the Wallachian language of Rumania means dragon or devil.

As a child, Bram Stoker was struck by a mysterious illness and couldn’t walk until he was seven years old. Doctors practised bloodletting on him. His fear of loss of blood is also an inspiration for the story. Growing up in Dublin, he would play in the Clontarf graveyard among the graves of the ‘Undead’. He would visit the family vault of St Michan, Dublin, where sometimes the coffins were open with protruding limbs of the dead hanging out, heads thrown back as though sleeping, ready to wake like Dracula’s foul vampires.

Despite his illness, Stoker grew to a strapping 6ft 2in (2m) and described himself as “ugly but strong”. What of Bram Stoker the hero, who was awarded the Royal Humane Society Medal? In 1882, while on a steamboat on the Thames, Stoker rescued a man who tried to drown himself. He carried him to his house in Cheyne Walk, but the man died on the kitchen table, much to the horror of Stoker’s wife, Florence. Incidentally, Florence had nearly married Oscar Wilde, another Chelsea resident, who like Bram had also studied at Trinity College Dublin. 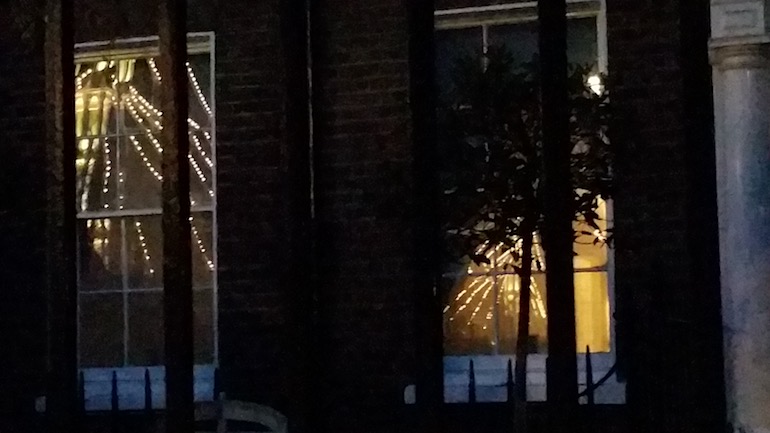 The Albert Bridge is reflected in the window of a house in Cheyne Walk, both George Elliot and Bram Stoker lived in the street at one time. Photo Credit: ©  Clarissa Skinner.

Also on Cheyne Walk is the former home of George Eliot (nee Mary Ann Evans). She took on a man’s name to be taken seriously as a novelist. However, she may be seen as one of the true early feminists. Her novels, such as Middlemarch, give us a real sense of this, as does her actual life story. This novel alone netted her the modern equivalent of £570,000 in just two years.

Scandalously for the times, she lived with a married man for 24 years, George Lewes, until his death in 1878 at her new house “The Heights” in Surrey. Although he had already separated from his wife before they met, and his three sons often lived with them and called her “mother”, she was shunned by friends and family.

After George’s death, she married Johnny Cross, a man of 40 when she was 60. He was her neighbour and had installed a lawn tennis court for her at “The Heights”. While on honeymoon in Venice, he attempted suicide by leaping out of the window of their hotel into the canal. No one is sure why. However, he was rescued by hearty gondoliers. They moved to Cheyne Walk in 1880, but she died of a heart attack just 19 days later on 22nd December 1880. She described her symptoms to her doctors exactly: “Tell them I have great pain on the left side”. The marriage had lasted only six months.

There is a mysterious ghost story attached to her death. Her friend and fellow writer Katherine Macquoid had intended to visit her but had not got around to it. Early one morning, she awoke from a night of disturbed sleep to see the novelist standing at the bottom of her bed murmuring “Sixty-one.” She took this as a portent for her own death, believing she would die at that age. However, later that day, her son rushed round to tell her that George Eliot had died a mere month to the day after her 61st birthday. 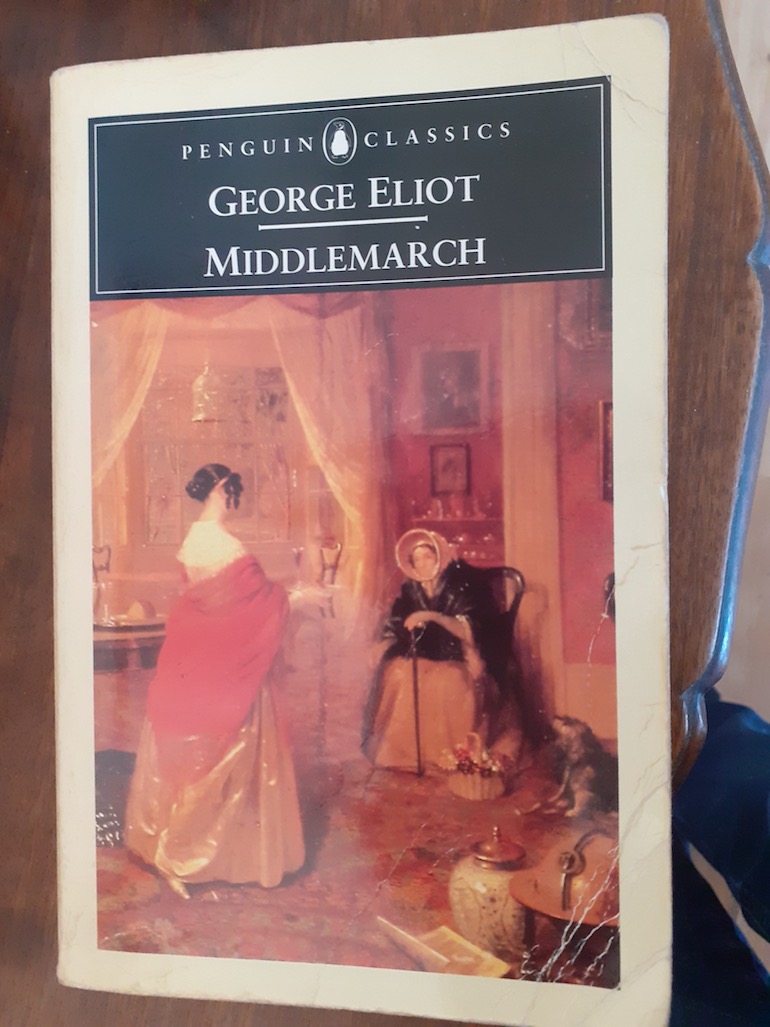 Here are three wonderful tales…but there are so many more stories to tell of Chelsea’s literary residents and their fascinating lives.

I am a lively tour guide who aims to ensure that as well as being informative my tours are enjoyable and fun for my groups, whether they be big student groups or smaller family ones.

I have a background in touring theatre, including English Speaking theatre for foreigners, which means… 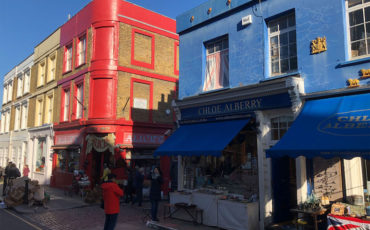 Top 10 Things To Do In Notting Hill

The neighbourhood of Notting Hill in London today is a vibrant, exuberant and colourful reflection of its heady, diverse, rich and multi-cultural past. An eclectic mix of people, places and attitudes give this affluent and fashionable area a unique vibe, combining both the bohemian and the traditional. International financial traders rub shoulders with artists, musicians and writers in the many coffee shops, bars, and restaurants or behind handsome stucco-fronted pillar-porched houses, pretty mews dwellings and of course, regular flats. 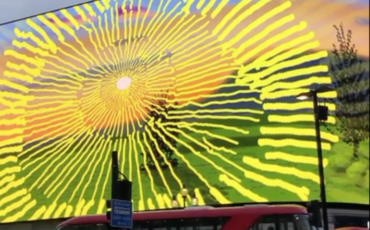