Blue Badge Tourist Guides will know that the correct name of the building they are photographing is the Palace of Westminster and that you cannot actually take a photograph of Big Ben from outside the Palace. Strictly speaking, the name Big Ben applies to the bell, which is tucked out of sight behind the clock face. However, so popular has the name Big Ben become over the years that most people are happy to take their photograph home saying that they have ‘seen’ Big Ben. They may have been lucky enough to hear the bell strike the hour as well. 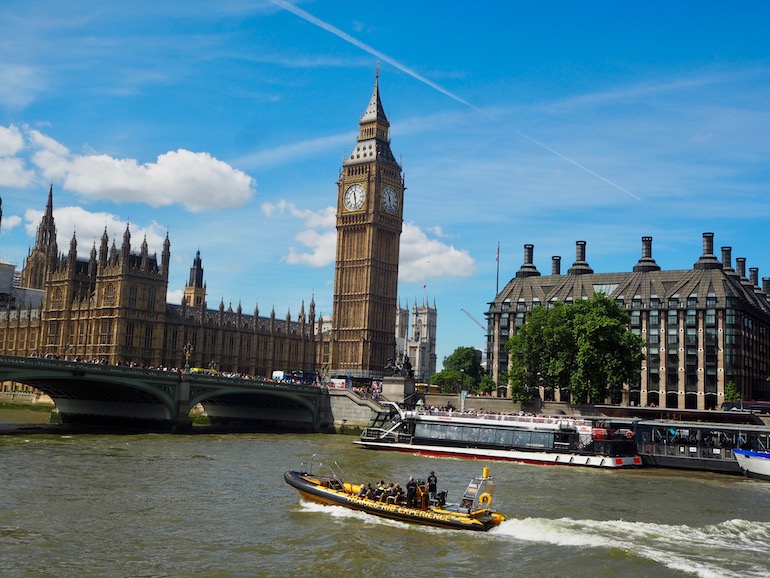 View of the Palace of Westminster and Big Ben from the Thames River. Photo Credit: © Ursula Petula Barzey.

Two theories have been put forward for the origin of the name Big Ben. Benjamin Hall was Minister of Public Works when the Palace of Westminster was being rebuilt in the middle of the nineteenth century. At six and a half feet, Hall was tall and the imposing frame of the man in charge of the rebuilding works became associated with the bell. Another substantial figure of that era was the bare-knuckle boxer Benjamin Caunt, who had already been nicknamed Big Ben, so the term became associated with any large and heavy object. It is likely that the name Big Ben owes something to both of these imposing men.

The bell which has faithfully rung the hour since its installation is the second one to have been installed in the Elizabeth Tower at the Palace of Westminster. The first bell developed a crack soon after it was rung for the first time on 11th July 1859. It was eventually removed and recast using the same metal and then lifted into place amid a great ceremony in 1862. This bell was cast at the Whitechapel Bell Foundry in the east end of London, the same factory which produced the Liberty Bell in the USA and bells for both of London’s famous churches – Westminster Abbey and Saint Paul’s Cathedral. 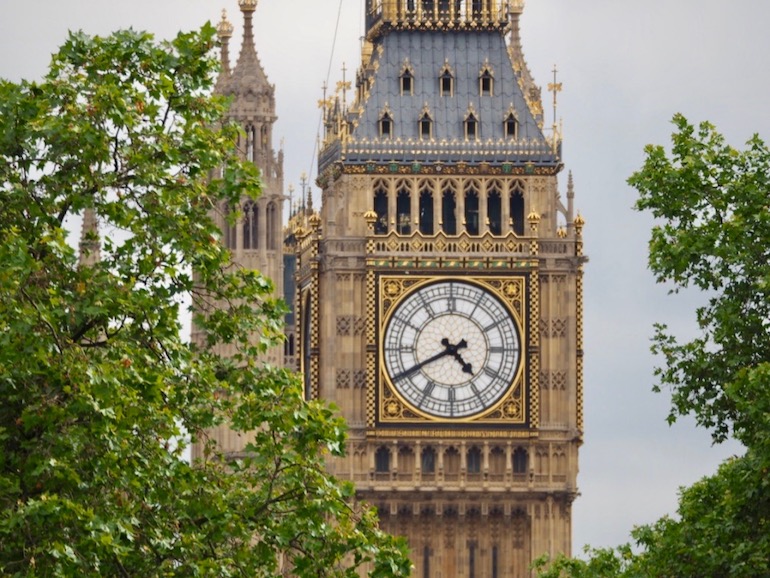 Big Ben continued to strike throughout the Second World War, despite the fact that the Palace of Westminster was struck by bombs no less than fourteen times. The worst damage occurred on the night of 10th and 11th May 1941 when three people on duty, including two police officers, were killed in a raid that severely damaged the building. Big Ben continued to strike however and provided a morale boost to Londoners throughout the war years.

What Hitler failed to achieve has been made necessary by modern safety regulations. With the restoration of the Palace of Westminster complex continuing throughout the 2020s, Big Ben has been silenced in order to protect the hearing of the workers there. The Elizabeth Tower has had to be covered by scaffolding which is free-standing, as it is illegal in the UK to attach anything to a Grade One listed building. The restoration of the five-acre (two-hectare) complex is a massive project, taking over a decade to complete and costing around ten billion pounds, well above the original estimate of four to six billion pounds. 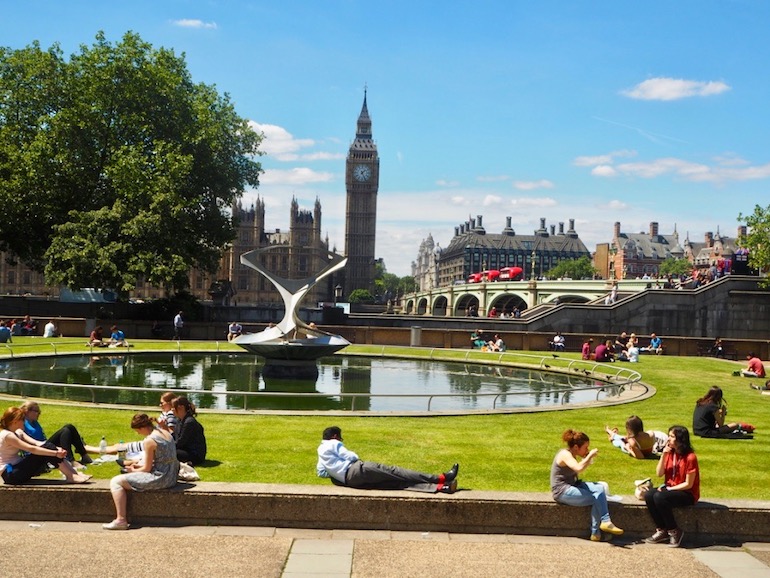 The sound of Big Ben is so significant that the bell continues to sound at important times: New Year’s Eve and Remembrance Sunday, when those who gave their lives in the First and Second World Wars are remembered in the presence of the royal family and senior political and religious figures. Big Ben is so important in Britain that it will never be fully silenced. 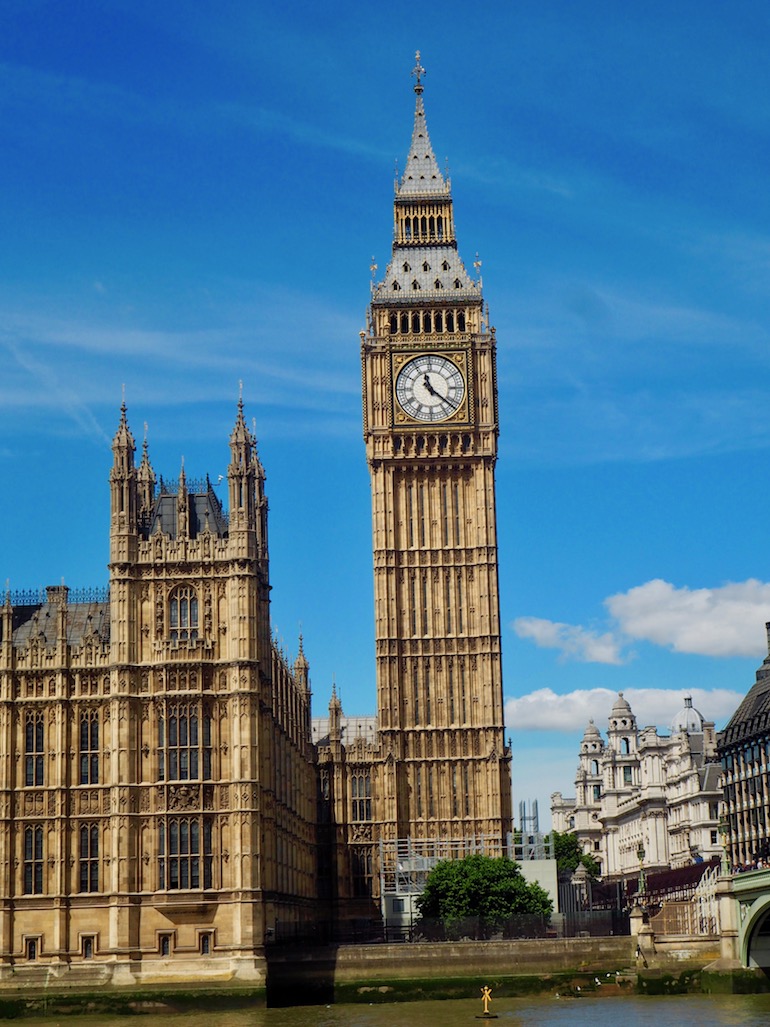 View of the Palace of Westminster and Big Ben from the Thames River. Photo Credit: © Ursula Petula Barzey. 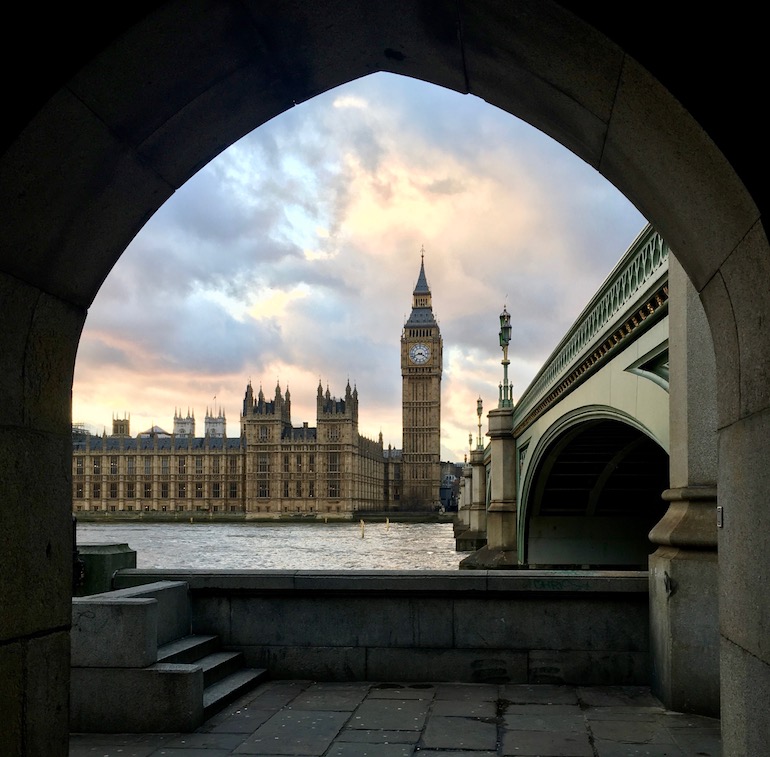 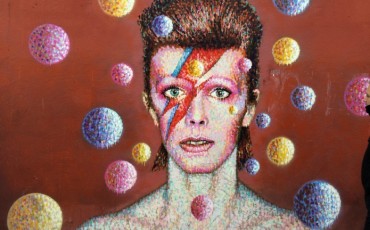 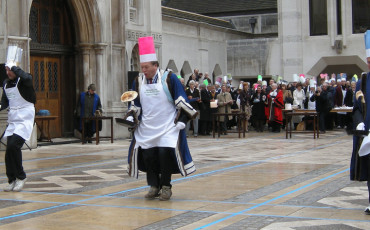