How many London landmarks and tourist attractions can you name that start with the Letter O? Blue Badge Tourist Guide Nigel Haynes continues our Guide London A-Z video series and provides insights on the historical events, famous and not-so-famous landmarks in London starting with the Letter O.

London landmarks and tourist attractions that begin with the Letter O

Welcome to the Guide London A to Z. My name is Nigel Haynes and I’m a London Blue Badge Tourist Guide.  Today, I am going to introduce you to just a few places you can go in London beginning with the Letter O.

At the heart of the West End of London and running East to West from Oxford Circus is Europe’s busiest shopping street with over half a million visitors every single day. Originally a Roman Road, in the Middle Ages it was known as Tyburn Way after the stream that runs beneath. It was named Oxford Street in the 18th-century being named after the Earl of Oxford who owned the land upon which it was developed. From that time forward it has been famed as a centre of shopping and today you can find such famous stores as John Lewis (founded in 1864), and Selfridges which was found in 1909 by the Chicago entrepreneur Gordon H Selfridge and which proudly boasts to have sold the first television set anywhere in the world.

Situated in Kennington this has been the home of Surrey County Cricket Club for almost 200 years. In many ways though it can claim to be not just the home of that most English of sports, Cricket but to be the home of sport in England; the first twenty Football FA Cup finals took place here, the first Football and Rugby internationals anywhere in the world and the first Test Cricket match to take place in England were played here.

In 1882 the England cricket team were humiliatingly beaten by an Australia side within 2 days of a scheduled 5 day match. A mock obituary was published lamenting the death of English cricket and stating that the remains would be cremated and ‘the Ashes returned to Australia’. From that time forward the sporting rivalry between England and Australia has always been known as a contest to win back the Ashes.  Catch a game here in the summer months, or take a tour around the ground throughout the year.

Also known as the Central Criminal Court the Old Bailey lies on the site of the former Newgate Prison close to St Paul’s Cathedral. Its been a prison and courtroom for over 700 years and has witnessed countless trials such as those of the playwright Oscar Wilde, and the notorious killer Doctor Crippen.  The current building dates back to 1902 and is topped by a gilded statue of Justice3 by the sculptor FW Pommeroy. She carries a sword and scales, but unusually for a representation of Lady Justice, she does not wear a blindfold.

This 1,000 seat theatre is one of London’s oldest and greatest. Originally opened as a music hall in 1818 throughout the Twentieth Century it had a reputation as one of the greatest places to see Shakespeare performed. In 1963 Laurence Olivier established the National Theatre here and whilst the NT has since moved to purpose-built premises nearby, the Old Vic remains at the forefront of drama.

The only Shopping Centre within the ‘City of London’ lies on Cheapside which itself was the Medieval shopping street for the city. Affectionately known as the ‘Stealth Bomber’ after its striking appearance it was designed by the French ‘Star-chitect’ Jean Nouvel and opened in 2010. There is a viewing platform on the top which gives magnificent views of St Paul’s Cathedral.

Located near Liverpool Street to the East of London there has been a market here since at least 1638 when Charles I decreed a place to buy’ flesh, foul and roots’ should established. Nowadays the wholesale food market has gone and today it sells arts and crafts and foods of the world. There are many independent stalls selling clothing and jewellery and the preserved Victorian buildings provide an excellent base to explore the area famed for its Street Art, to experience the local Bangladeshi cuisine along Brick Lane, and even partake of a Jack The Ripper tour.

These are just a few of the tourist attractions you can find, which begin with the letter O. My name is Nigel Haynes. Check out my profile on our website guidelondon.org.uk. Also, please subscribe to our YouTube channel and join us as we explore the A to Z of Guide London.

Over 30 years ago I chose to make London my home, and in that time I have grown to love this crazy, colourful city for all it has to offer. A 21st Century City; ‘the capital of the world’ according to Time Magazine, London is also steeped in 2,000… 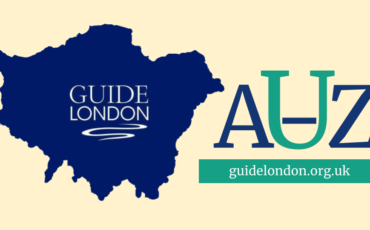 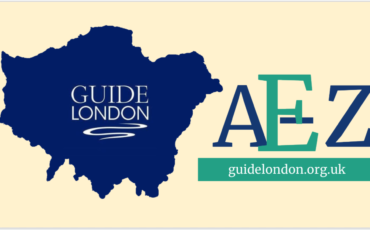