Fashioning A Reign: 90 years of Style from the Queen’s Wardrobe

In celebration of The Queen’s 90th birthday, three special exhibitions will be staged across each of Her Majesty’s official residences during 2016. Fashioning a Reign will chart significant events in The Queen’s life and the nation’s history through an unprecedented collection of dress and accessories designed for these occasions, from childhood to the present day.

Constituting the largest collective display of The Queen’s dress ever mounted, the first exhibition will open at the Palace of Holyroodhouse in Edinburgh for Her Majesty’s birthday on 21 April 2016 until 16 October 2016. The second, and largest exhibition will be at the Summer Opening of the State Rooms, Buckingham Palace, from 23 July – 2 October 2016 and the third will open at Windsor Castle from 17 September 2016 – 8 January 2017.

In total, over 150 outfits worn by The Queen will be presented across the three Palaces, with each special exhibition displaying a selection of outfits chosen because of their close association with the location. The Queen’s support of British couture and millinery will be highlighted through important pieces created for a world stage by renowned designers, including Sir Norman Hartnell, Sir Hardy Amies and Ian Thomas.

For more information and to purchase tickets for one of these three exhibitions, visit the Royal Collection Trust website. 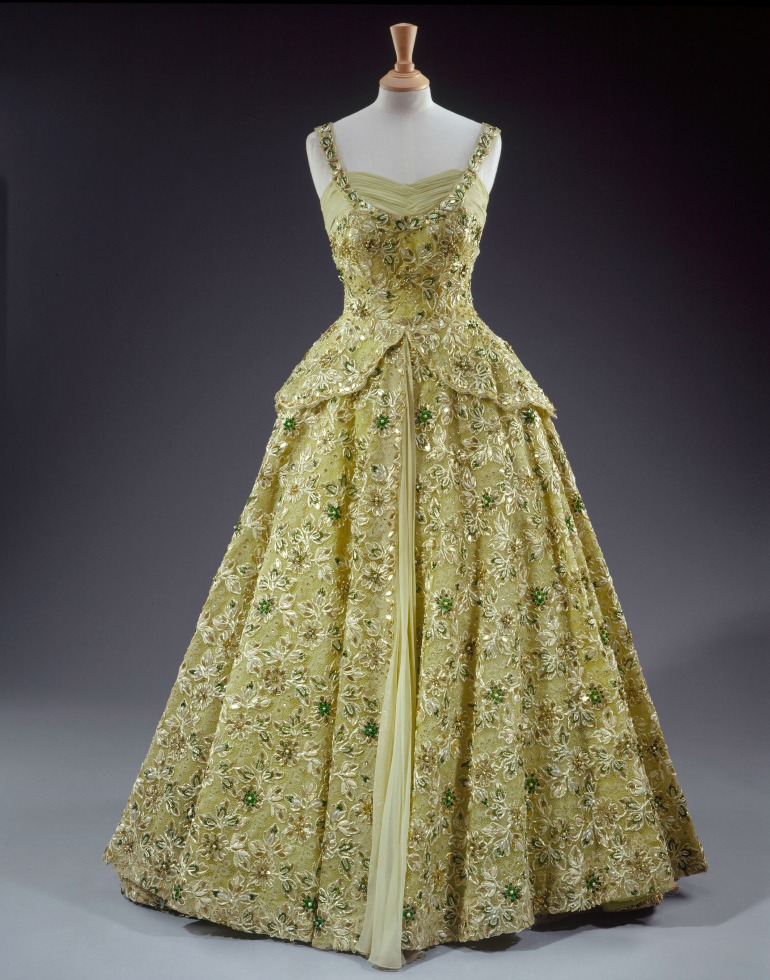 Sir Norman Hartnell, pale green crinoline evening gown made of silk chiffon and lace embroidered with sequins, pearls, beads and diamante. Worn by Her Majesty The Queen in 1957 during her visit to the United States of America as a guest of President Eisenhower. Photo Credit: ©Royal Collection Trust / © Her Majesty Queen Elizabeth II 2016. 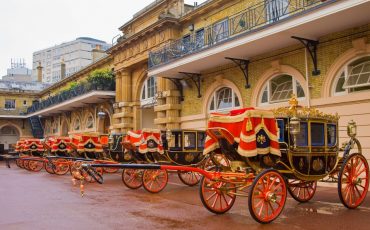 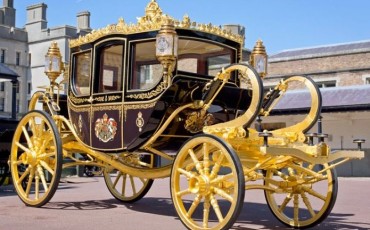