Her Majesty Queen Elizabeth II  came to the throne of the United Kingdom on the death of her father King George VI on 6th February 1952. This means that on the same date in 2022 she celebrated the seventieth (or platinum) jubilee of her accession. Queen Elizabeth II (Elizabeth Alexandra Mary Windsor) is the first British monarch to have reached this milestone, having outstripped Queen Victoria’s previous record of sixty-three and a half years in September 2015.  Below is a listing of the 2022 activities in London and the rest of the United Kingdom to celebrate Her Majesty’s historic reign. 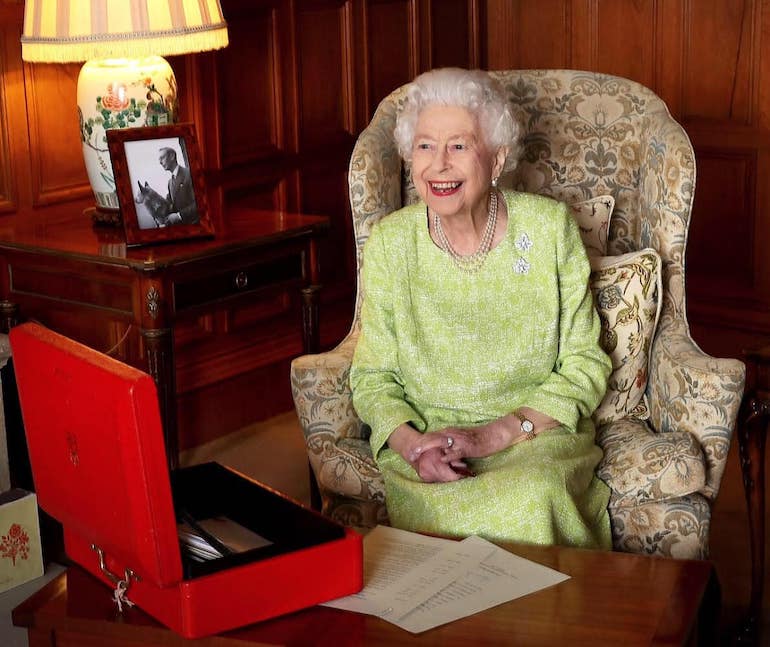 The Issuing of the Platinum Jubilee Medal

A special Platinum Jubilee Medal will be awarded to members of the armed forces and prison and emergency services who have completed five full years of service in 2022. It is the seventh official Jubilee medal to be awarded by a Monarch and the fourth by the current queen. Previous medals were awarded to celebrate the Queen’s Silver Jubilee in 1977, her Golden Jubilee in 2002 and Diamond Jubilee in 2012.

A special set of jubilee coins will be issued by the Royal Mint, including the first fifty pence piece created to celebrate a royal event. The artist John Bergdahl has created a portrait of the Queen on horseback for this set of coins. A special set of celebration sovereigns was struck by the Mint on the anniversary day itself. In a rare departure from the traditional Saint George and the Dragon design, these sovereigns will bear the royal arms designed by the artist Timothy Noad. 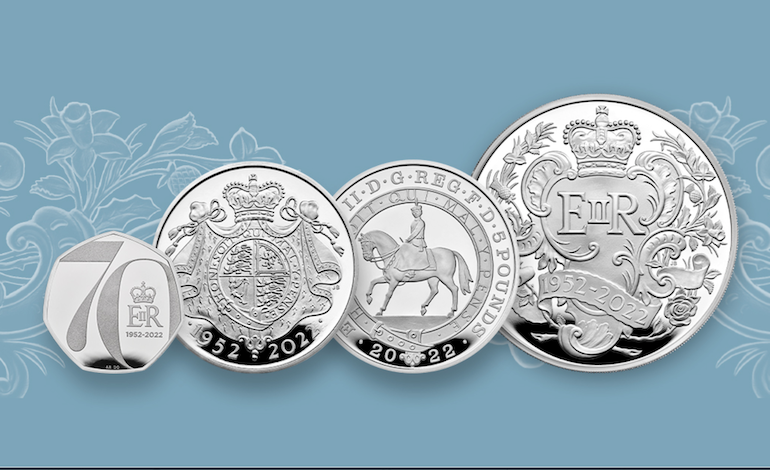 The following events have been announced by Buckingham Palace to mark the Queen’s Platinum Jubilee:

A Platinum Pudding Competition was launched to create ‘a pudding fit for a queen’ to mark the jubilee. The winner, to be announced in March 2022, will be judged by staff Fortnum and Mason, the shop in Piccadilly which has a warrant to supply goods to the royal family. This is not the first time that a dish has been created to honour a royal event. Coronation Chicken was devised at the time of the Queen’s coronation at Westminster Abbey on 2nd June 1953.

The Queen is expected to be in Sandringham at the time of the seventieth anniversary itself. She will be remembering her father George the Sixth, who died there at the age of fifty-six.

Tickets are on sale for the Platinum Jubilee Celebration Show  which will run from 12th to 15th May when over 500 horses and 1,000 performers will take part in a ninety-minute show at Windsor Castle. The audience will be taken through Britain’s history from the reign of Elizabeth the First to the present day with a group of actors and artists called the Queen’s players who will be based on the travelling players of the Elizabethan period. Music will be arranged and composed by Debbie Wiseman OBE, who topped the classical charts with her album Kings and Queens.

This ceremony takes place on Horse Guards Parade, Whitehall on Thursday 2nd June, the anniversary of the Queen’s coronation at nearby Westminster Abbey. Over 1,200 officers and soldiers from the Household Division and the Irish Guards will perform the ceremony which marks the official birthday of the monarch. The event is an official celebration of the birthday but always takes place in June because the weather is expected to be drier then.  The Queen’s actual birthday falls on 21st April. She will be 96 at the Trooping The Colour. 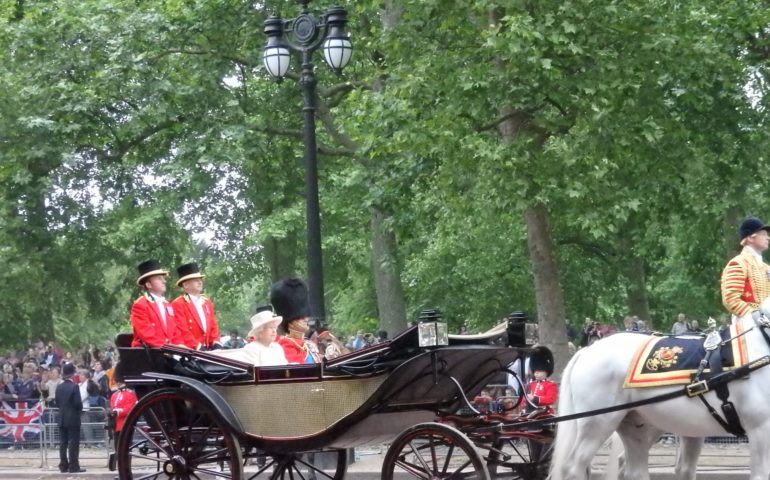 Thousands of Platinum Jubilee Beacons will be lit by charities and community groups throughout the United Kingdom to mark the jubilee. In addition, beacons will be lit in the fifty-four capitals of the countries of the Commonwealth. The principal beacon will be lit at Buckingham Palace on 2nd June.

A service of thanksgiving for the reign of the Queen will take place at Saint Paul’s Cathedral on 3rd June. Members of the public will be able to apply for tickets to the service by ballot. 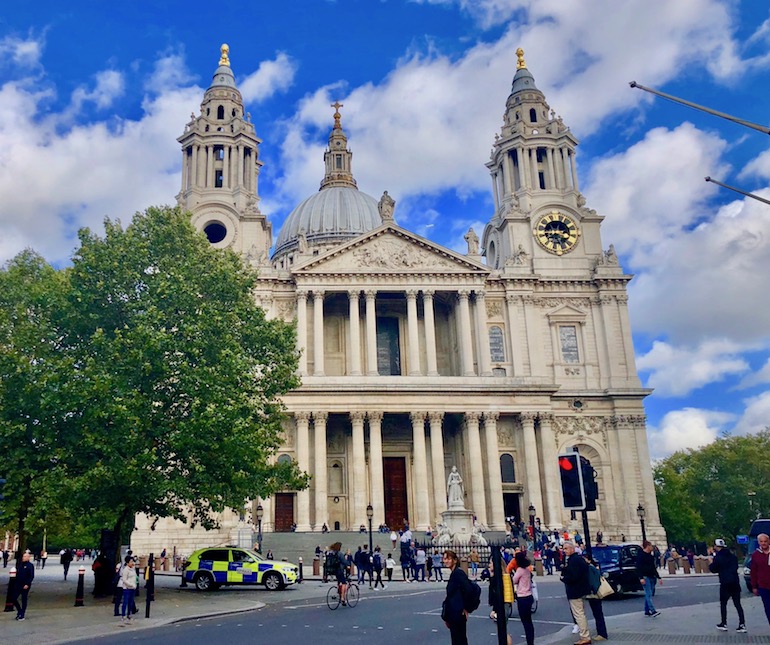 Accompanied by other members of the royal family, the Queen will attend the Epsom Derby on Saturday 4th June. This will probably prove to be the Queen’s favourite event of the Jubilee.

Some of the world’s greatest entertainers will perform at a concert held at Buckingham Palace to celebrate the Queen’s reign. The event will be broadcast by the BBC. 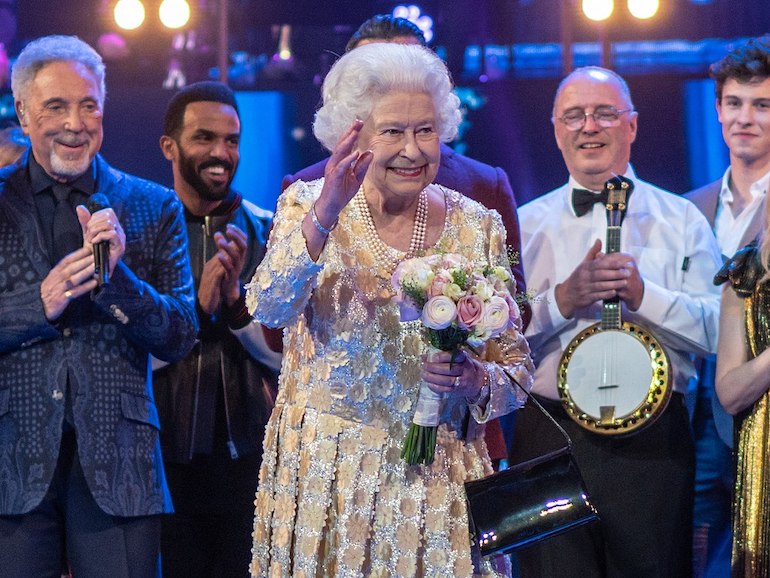 Performers will come together to tell the story of the Queen’s reign with a Platinum Jubilee Pageant  that will include a ‘River of Hope’ made of 200 silk flags that will look like a moving river on the Mall.

The people of Britain will be able to mark the jubilee with street parties, joining together for ‘food and fun’ to celebrate at parties which will mark the end of the Platinum celebrations. 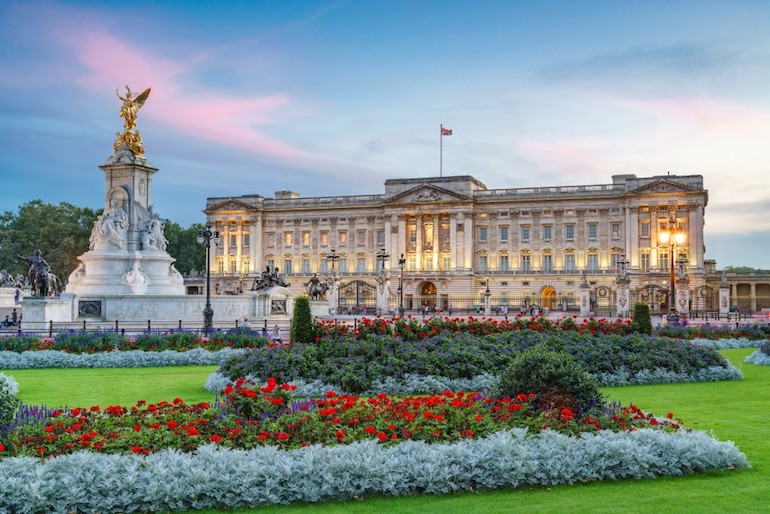 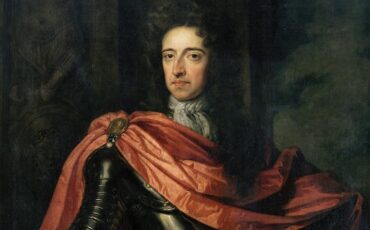 For centuries men lived in one sphere and women in another and they would come together for marriage and having children. It seemed that the sexes co-existed mainly to continue the human race. Love and sex can be very different factors but, when put together, they can produce the most electric sensation. This was no different for kings and queens who were close to their favourites. Many kings - and one queen - may have been gay, members of what we now call the LGBT (lesbian, gay, bi- and transexual) community. 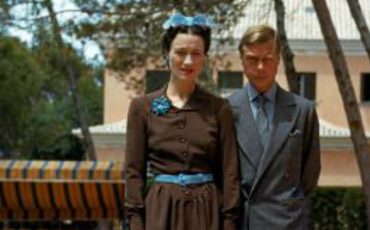 On the evening of 11 December 1936 King Edward VIII, having reigned for only 327 days, informed the world that he had abdicated in favour of his younger brother, who became King George VI. In his famous broadcast from Windsor Castle he said to the world: “I have found it impossible to carry the heavy burden of responsibility and to discharge my duties as king as I would wish to do without the help and support of the woman I love.”