The Blue Badge Tourist Guides’ World War One Walks committee is organising more than a dozen events around the middle of November, which will recall the 1914-18 Home Front in London, Windsor, Manchester and Birmingham.

“We are mainly offering walking tours, but there’s also a ‘Battle Bus’ taking to the streets of Birmingham”, says Committee Chair Simon Rodway. “The Great War is still very much with us. It shaped the world we now live in.”

Marketing Manager Mark King: “The initiative is drawing in Institute-qualified guides from all over the country, researching and retelling local stories. Our website has been designed by Sergei Senin to let guides upload their own events and manage bookings, as well as contribute to the blog.” He also points out that the initiative is entirely for the benefit of guides with no commission involved. “We have marketing materials such as business cards and flyers, and we want guides to sign up for training so we can offer these events on a regular basis.”

London walks include ‘Deeds Not Words’ developed and led by Felicity Whittle and Janet Smith, telling the story of remarkable women who took the Suffragette effort forward into war work: ‘A shell made by a wife can save her husband’s life.’ There is also ‘The Last Journey of the Unknown Warrior’ starting at Westminster Abbey, and ending with the annual service at Platform 8 in Victoria Station organised by The Western Front Association. Walk leader Stan Medland plans to lay a wreath on behalf of Blue Badge Tourist Guides.

In Whitehall, ‘The Great War Walk’ tells the core political story of Britain’s war effort, with a walk scheduled for Tuesday the 11th. Steve Szymanski leading the walk says, “This promises to capture much of the spirit of the day as we’ll be moving around the marching veterans.”

Other walks include the bombing route of the Zeppelin raid of 8th September 1915, an excursion along the Embankment on the U-Boat war, and suburban themes such as ‘Finchley Goes To War’, and Ireland’s Great War experience with a Michael Collins walk in Hammersmith.

The full schedule of events can be found at: www.worldwaronewalks.com. 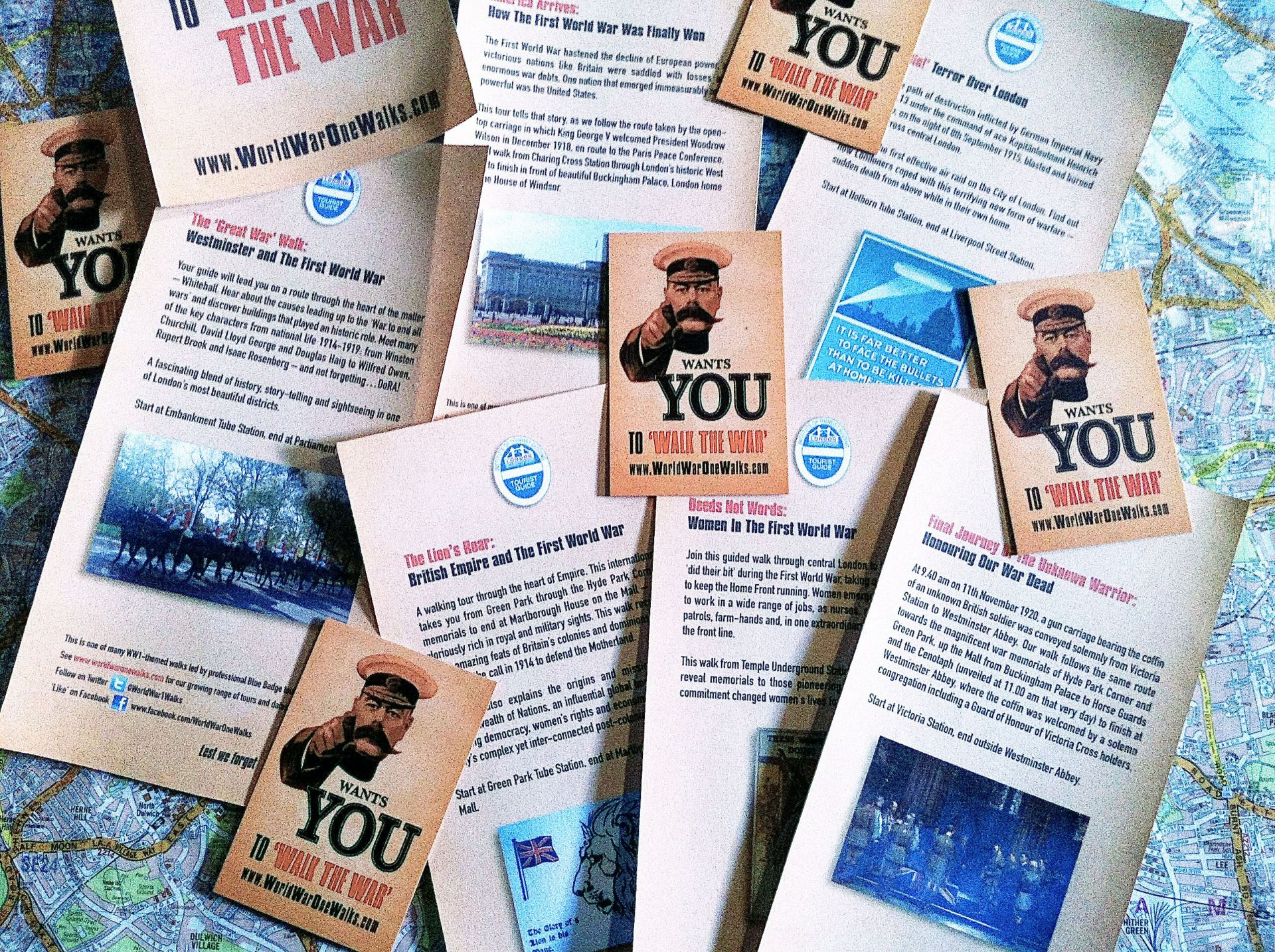