Personnel from all three services will provide ceremonial support to the commemorations, and will assist veterans of the Far East campaign, former prisoners of war and civilian internees and their families as they mark the end of the war in the Pacific. Events will begin with a special commemoration on Horse Guards Parade attended by senior political and military representatives and veterans and their families, which will include at its heart a traditional Drumhead Service.

Following the event, current members of the Armed Forces will lead veterans in a parade down Whitehall, past the Cenotaph and the statue of Field Marshal Slim, who led the 14th Army. Earlier in the day a special VJ Day 70 service will be held in St Martins-in-the Fields.

For more information about the VJ Day 70 commemorations, visit the GOV.UK website.    You can also visit the Imperial War Museums to learn more about the British and Commonwealth involvement with conflicts from the First World War to present day. 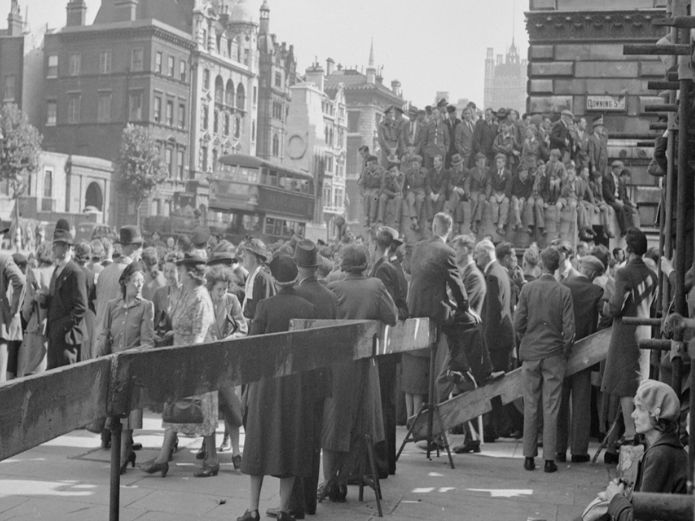 Crowds of people wait for news at the junction of Whitehall with Downing Street. The crowd consists of service personnel and civilians alike, all waiting for confirmation from the Prime Minister that the war in Japan is over. Photo: © Imperial War Museum (D 25639) . 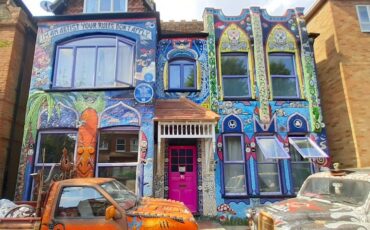 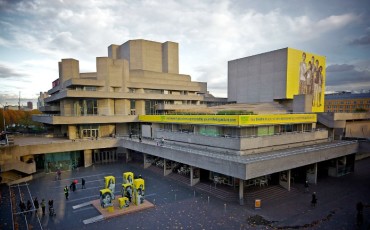 On a rather dreary and wet day, two dozen Blue Badge Tourist Guides met in the foyer of the National Theatre for a "behind the scenes" tour. We were split in two groups, all dressed in fetching high viz jackets. Even before we set off our little band was buzzing with excitement, as we were promised a goody bag full of information leaflets on our way out.