…And then a global pandemic hit. Safe to say, this year hasn’t been quite as busy as I imagined! Like many in the guiding community, I have adapted. I started virtual tours, which I have found to be an entertaining and satisfying challenge, and I’ve also got creative! Joining my 2020 guiding cohort is my cartoon creation: Millie the Blue Badger! While I can’t get out and guide as I might wish to, Millie has been out and about in London on my behalf, sharing the streets, sites, and stories of London.

Below are just a couple of the comic strips that I’ve shared on Instagram and my website since April – the Lewis Chessmen at the British Museum and London Bridge. 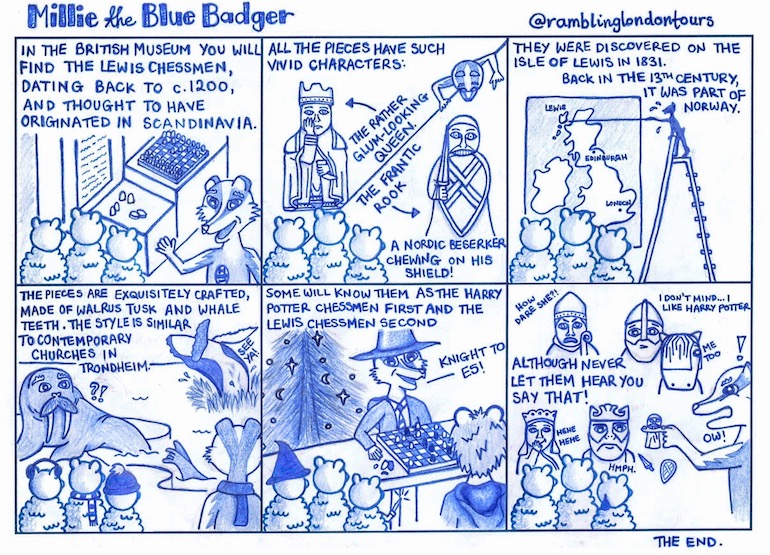 You’ll find these fabulously decorated and wonderfully charismatic treasures in the British Museum.

They were created around the end of the 12th/beginning of the 13th century, so they are in wonderful condition for being about 800 years old!

Many people associate them with the film Harry Potter and the Philosopher’s Stone. You might remember Harry and Ron enjoying a game of wizard’s chess in the Great Hall just before Christmas – well, those pieces were replicas of these ancient marvels. 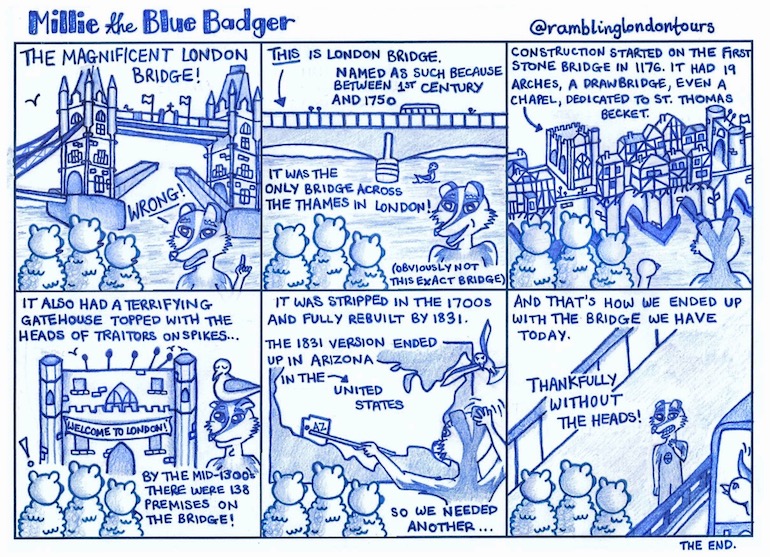 London has a lot of bridges, as many as 35 depending on where you’re counting the boundaries from, but for centuries there was only one! Congestion got so bad that in the 1740s, that a three-hour traffic jam was reported on London Bridge (and we think it’s bad in London nowadays…).

The current London Bridge (opened 1973) has been the general site of a bridge across the Thames for the last 2,000 years, going right back to when London was the Roman Londinium. The bridge then would have been made of wood.

As well as museums and bridges, Millie has visited the Tower of London, the Monument, Westminster Abbey and more! If you’re interested, you can find the rest of her adventures on my website, where I’ll be posting my future comic strips as well. It’s also on my website that you can find information about my upcoming tours.

Hello, my name is Amber.

A few things about me. I am a born and bred Londoner so I absolutely adore my home city, but I love travel too, which means I’m always excited about exploring new places as well as taking other travellers (like you) around the places I… 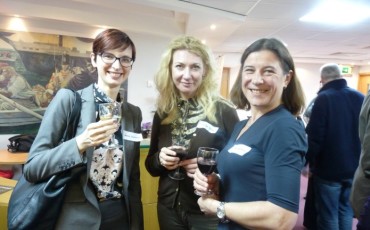 It's that time of year again…A group of eager new faces came to meet us at the Unite offices for the annual New Guides Seminar and Reception on 18 March. This year was different as there is also a Mandarin course running in parallel so we had 40 trainees in total. 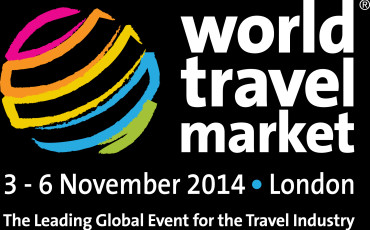 The Association of Professional Tourist Guides (APTG), the parent company for Guide London has partnered with World Travel Market for their upcoming travel and tourism conference being held at EXCEL - London on Monday, 3rd November to Thursday, 6th November.