Few people are as passionate about the Battersea area of London than muralist Brian Barnes MBE, who for the last forty-five years has been leaving his artistic touch on derelict industrial carcasses and council housing estates, some in plain sight and others in the most inconspicuous of locations. He first gained recognition in 1976 with his 267 foot long mural: Battersea: The Good, the Bad and the Ugly, on Battersea Bridge Road, which depicted a brush sweeping away the industrial dilapidation along Battersea’s riverfront, and replacing it with a colourful utopian vision of social prosperity for the local community. This decorated the wall of the huge Morgan Crucibles factory, which had just moved its operations away from London. Unfortunately, Morgan’s took the decision to demolish the wall along with Barnes’s work one fateful night in 1979.

Undeterred, Barnes has produced many other fantastic murals. Two of his Battersea works which still stand are not so large but are immediately recognisable by their bright colour palette, his acknowledgement of the old masters, his pacifist social commentary and the numerous amusing allusions to Battersea’s heritage. His Battersea in Perspective, painted in 1988 on the side of a pub, shows a bird’s eye view of the district with Battersea Park’s Peace Pagoda centre stage. Left of this is the Battersea Power Station which is currently being re-developed. Barnes is a founder of the Battersea Power Station Community Group, which has been campaigning for its preservation since 1983 when it was finally decommissioned.

Receding in the distance is a modern cityscape, both utilitarian and slick, perhaps a reference to the vision of Battersea’s radical council, which went to great lengths to replace Georgian and Victorian developments with housing estates for the area’s largely working-class population. In contrast, barely noticeable beneath the portraits in the foreground, are the elegant historic mansions and houses of Chelsea, a distant world from the Battersea riverfront. The River Thames was not only a physical barrier but also a social one until the late twentieth century.

Framed between the bridges are portraits of radical politicians, artists and pioneering aviators, all with links to Battersea’s past. These include John Archer, Britain’s first elected black mayor, London Docks Strike leader John Burns, suffragette Charlotte Despard, pilot Hilda Hewlett and Pre-Raphaelite artist Evelyn de Morgan whose The Evening Star Above the Sea depicts Venus in the top right corner of the mural.

View of the portraits of radical politicians, artists and pioneering aviators on Battersea In Perspective mural by Brian Barnes. Photo Credit: © Christopher Hayden.

Hovering above the cityscape is the decoration pattern of the Battersea Shield now on display at the British Museum. This was found in the Thames during the construction of Chelsea Bridge in 1857. The bridge itself was part of an exciting new development, the Royal Park of Battersea.

Finally, the balloon is a reminder of the aircraft manufactures the Short brothers, who started their business by making balloons for Charles Royce and other aviation pioneers in the arches beneath the railway lines flanking the Power Station, a convenient location in close proximity to the Gas Works.

View of the sky and balloon in Battersea In Perspective mural by Brian Barnes. Photo Credit: © Christopher Hayden.

A more recent work is A Brief History of Time, hidden away in Carey Gardens Estate. This shows a grand hourglass symbolising time running out for the local community, who are increasingly been pushed out by gentrification and the rise of living costs in the area: notice the recurring Battersea Power Station in the top bulb. The hourglass is crowned by Michelangelo’s depiction of God from ‘The Creation of the Sun, Moon and Plants’ in the Sistine Chapel, and above this is Pink Floyd’s flying pig from the cover of their Animals album, which made the Power Station a recognisable landmark across the world in 1977.

The aviation theme also recurs with a Soapwith Camel biplane and the even more fantastical Star Wars spacecrafts and Death Star in the top right corner – Barnes must be a fan! Stephen Hawkins makes an appearance floating in the left top corner, perhaps enjoying a mural named after his bestseller science book. The fantastical theme is picked up again with characters from the Wizard of Oz on the left of the hourglass, whilst on the opposite right are the Emerald Towers which are currently springing up in Nine Elms around the new American Embassy, sadly economically out of reach to most locals. 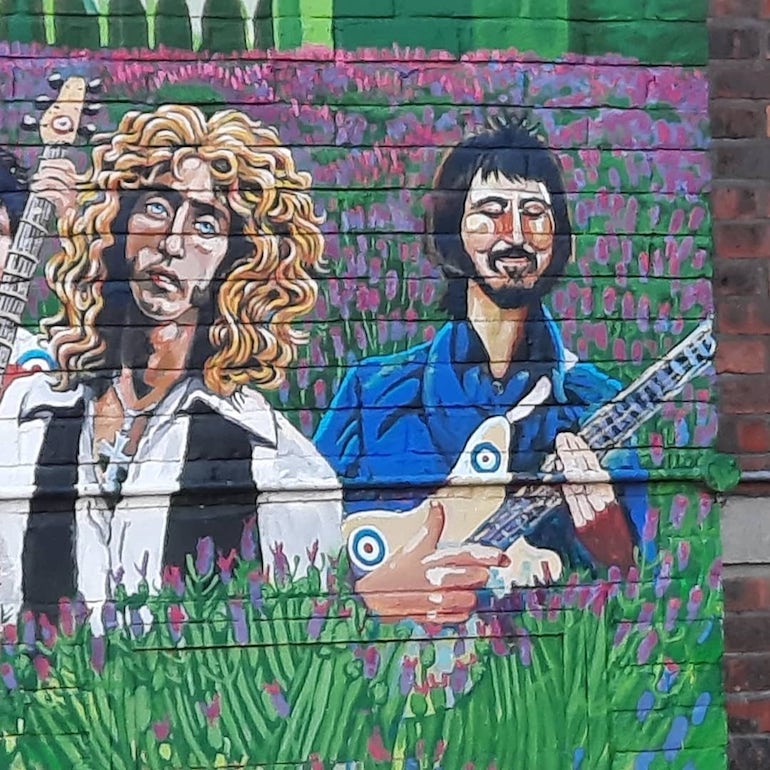 Whereas in the Perspective mural the message of peace is embodied in the Peace Pagoda, here we have a depiction of a charming anecdote that took place in 1973. Below the hourglass we see the Who’s legendary drummer Keith Moon dressed as a lollipop man in allusion to a campaign he launched for a pedestrian crossing to protect children at a dangerous junction in Thessaly Road (the street where I grew up). This was just a few yards away from Ramport Studios where the band was recording their Quadrophenia rock opera. The rest of the Who also make an appearance above a man standing on the bottom right corner: Nick Wood, the pioneering architect who designed the Carey Gardens Estate. A much-loved figure in Battersea, Wood bucked the high-rise housing trend of the 1970s in lieu of creating ‘council estates that did not look like council estates’. 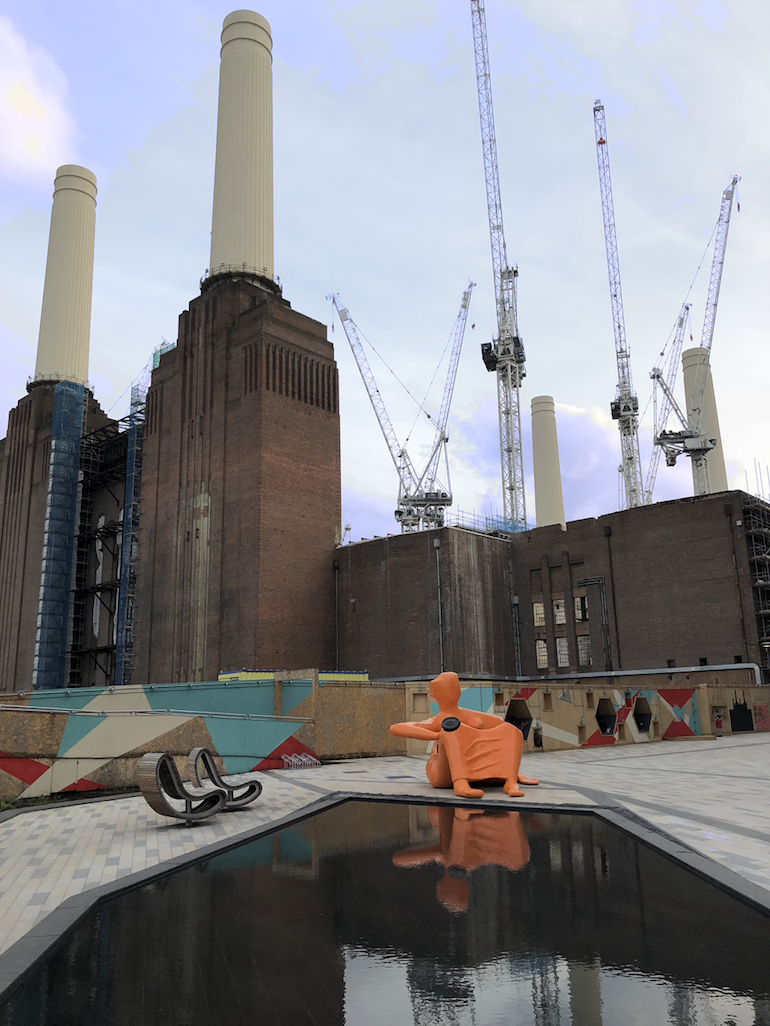 My name if Chris Van Hayden and I’d love to show you around the magnificent city of London.

After completing a degree in History and Art History I signed up for the BB course recently qualifying in 2020. I am fluent and qualified to guide in English, Spanish and… 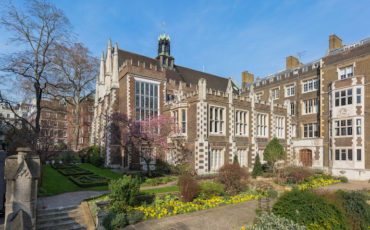 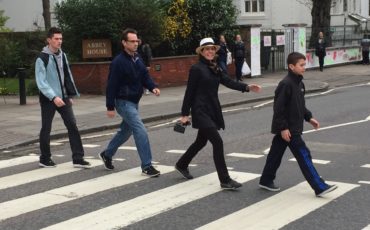