Most dramatically the wall of the building next to his birthplace is covered in images of birds reminding us of his film The Birds starring Tippi Hedren which was based on a Daphne du Maurier short story. Birds can even be seen on the pavement you walk along next to the building and, if you look carefully, you will see the outline of Hitchock’s head in the eye of the largest of the birds. This refers to the director’s habit of appearing briefly in each of his films. 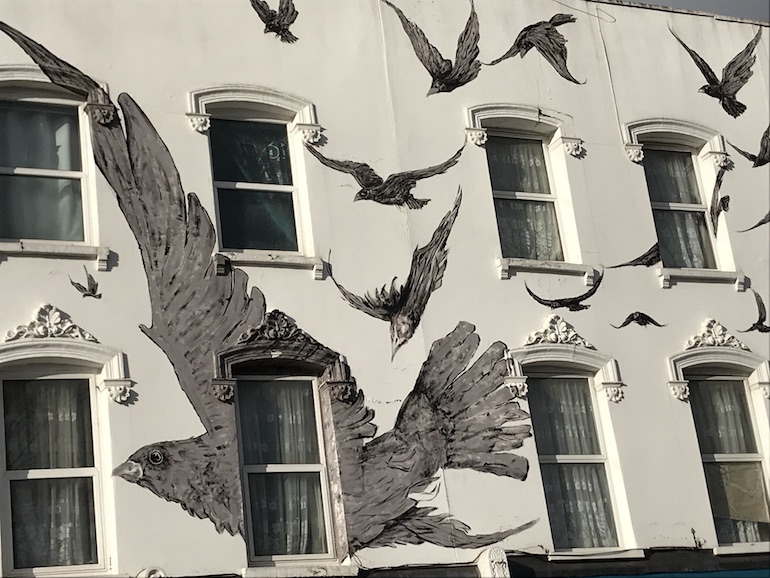 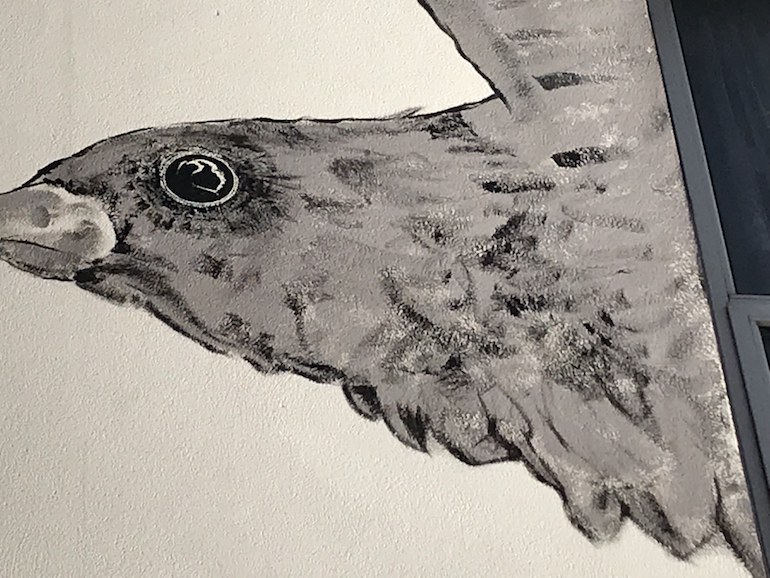 This trademark is believed to have originated when, in his early days as a jobbing director working in London, one of the actors was unable to appear in a small part. Rather than delay proceedings – and incur extra costs to be added to a tight budget – Hitch simply took on the small non-peaking role himself. Thereafter it became his habit and the rest is history.

From the outset, Alfred Hitchcock was determined to make a career in the movies – as was his wife and frequent collaborator Alma, whom he married in 1928. Alfred was brought up as a Catholic and several family members are buried in Saint Patrick’s Catholic cemetery in Leyton. Alma converted to Catholicism before she married Alfred and their wedding took place at the Brompton Oratory, one of London’s best known Catholic churches. They had one daughter Pat and three grandchildren and remained married until his death in 1980. 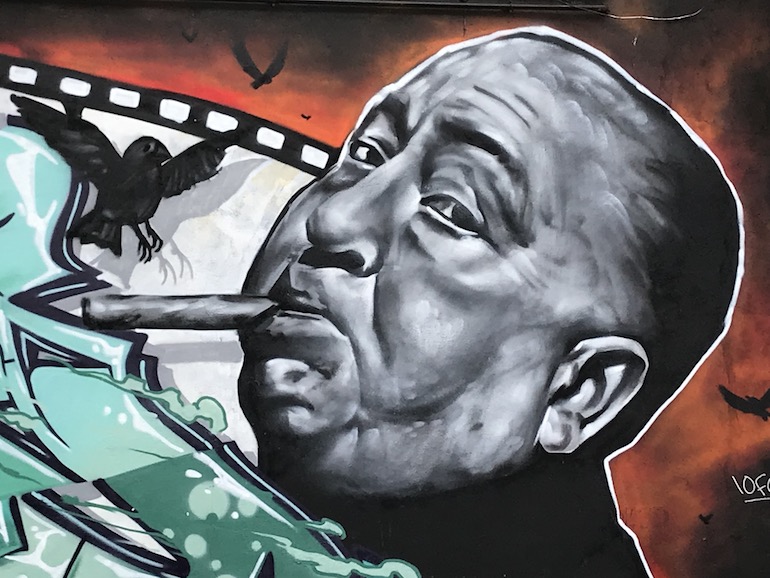 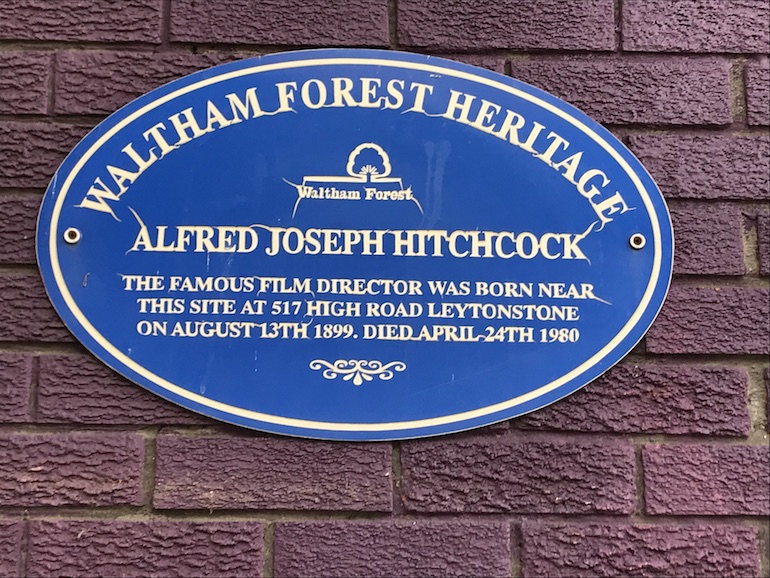 Although he is famous as a Hollywood film director working with stars such as Cary Grant (who also came to Hollywood from England to make his fame and fortune) James Stewart and Grace Kelly, Hitchcock cut his teeth in silent movies. He directed the first British talkie Blackmail and later famous films such as The Thirty-Nine Steps and The Lady Vanishes.

His reputation as a reliable and commercially successful director established, Hitchcock was lured to Hollywood by producer David O Selznick and he sailed to the USA on the Queen Mary in 1939, shortly before the outbreak of the Second World War. There directed such classics as Rear Window, North by Northwest, Vertigo and his most famous film Psycho. Although his films were commercially successful and were nominated for many awards, he never won the Best Director Oscar. However, he did receive a knighthood from the Queen shortly before his death in 1980. He (and later Alma) were cremated, their ashes scattered in the Pacific Ocean, so there is no gravestone for Britain’s most successful film director.

There are, however, a series of mosaics of scenes from Alfred Hitchcock’s films at Leytonstone Underground station which were commissioned by the local council to celebrate this area’s most famous son. Some of these show him in the background when he appears in a cameo in the many films he directed. Most of Hitchcock’s legions of fans will be able to identify the exact scenes in each of the films in which his distinctive silhouette appears. 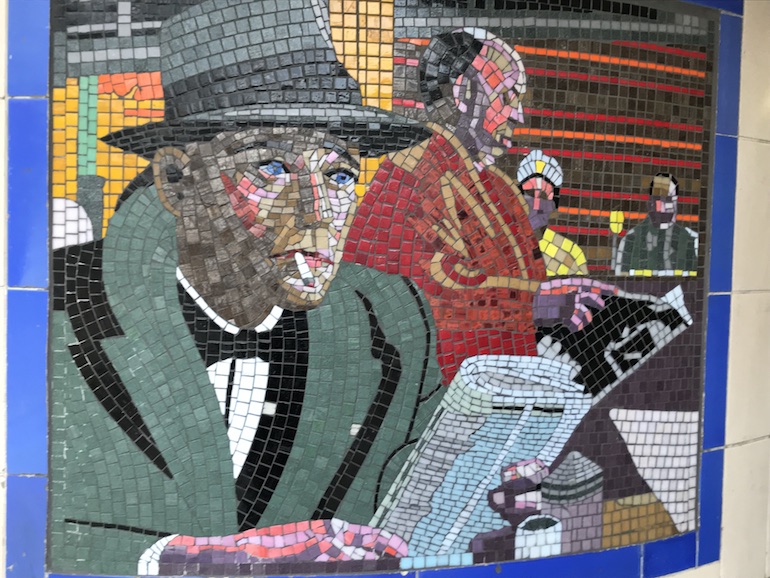 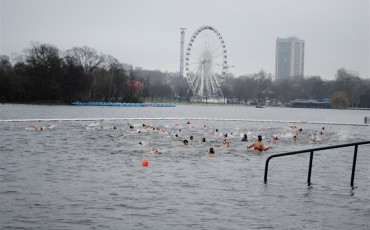