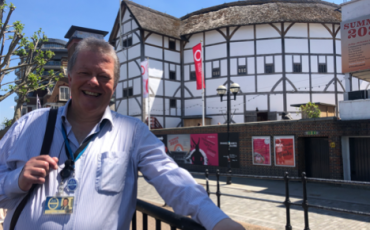 Studied English at Oxford, then trained as an actor at Bristol Old Vic Theatre School. 32 years' experience of radio, stage, film & T.V, including appearances in "Eastenders," "The Bill," and "Doctors". Four years with the RSC, working with Kenneth Branagh, Robert Stephens and Jude Law. Starred as Toad in "Wind in the Willows" at the Old Vic, Boris Johnson in "Who's the Daddy?" at the King's Head Theatre and as Dame Dolly in "Snow White and the Seven Dwarfs" at the Princes Theatre, Clacton-on-Sea (2019). Appeared in summer season acting with Guildford Shakespeare Company (2016). Played Winston Churchill in movie De Gaulle (2020), and Sardar Uddam Singh (2021).
Qualified as a London Blue Badge guide in 2002. Awarded Heart of England Blue Badge 2007. I work extensively with student groups, conducting site visits, offering walks and coach tours. I am a family man, with two children aged 13 and 15. Passionate devotee of Elvis, defender of Richard 111 and ever-hopeful follower of Fulham FC! 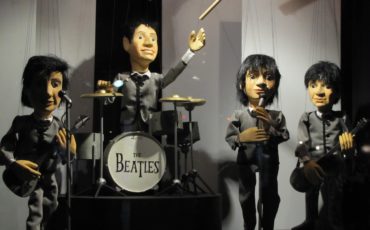