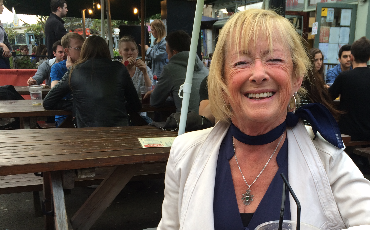 When asked which qualities were most important in a guide when embarking on the course, my reply encompassed the idea that the very worst anyone could do was to be boring! I have now been a Blue Badge Guide for over 20 years. Prior to this, I was a Head of Modern Languages at a High School in the London Borough of Harrow and was very used to organising trips and tours for pupils; both day trips and longer residential.

As a teacher and teacher/trainer, I was very used to dealing with groups of all age groups. Since becoming a Blue Badge, I have gained extensive experience in guiding groups, not just in London but also throughout the United Kingdom as well as in Europe and further afield. I have worked with the Welsh Tourist Board in promoting their country to German operators and have extensive knowledge of touring both Scotland and the West Country. In the quiet season, I have also worked as a ski rep with school groups, thus combining my love of skiing with my experience with youth groups. I am fluent in French, German and Spanish, but also enjoy guiding English speaking groups to such major sites as the British Museum and Westminster Abbey.

I have also participated in both the York Minster Salisbury Cathedral and 2012 Olympic sites courses I am particularly aware that most groups arrive with specialist interests and I pride myself on meeting that need. I believe in delivering all the relevant information with a sense of humour A word of warning; many people declare that an account of my many interests and activities make them feel quite exhausted! I used to be a professional ice-skater and winter sports remain one of my greatest loves; especially skiing. I also run for pleasure, having completed 35 half marathons and a mere 9 marathons (including the Berlin the year that it first went from West to East). On several occasions, my groups have benefited from my discoveries on the early morning run (especially when there has been a change of plan due to transport problems!) Among my many other sporting interests, there remains my love of tennis, horse riding and I have recently acquired a pair of rollerblades. However, I do also have a quantity of intellectual pursuits as well. I am an avid reader and delight in linking the sites around the country to scenes in literature.

Classical music is a great passion (reinforced by the fact that the youngest of our 3 children being a professional musician who regularly performs at the South Bank and St. Martin's in the Fields). I am a frequent attendee at the Promenade Concerts at the Royal Albert Hall, which certainly helps me bring those aspects alive in a tour of London. Over the last few years, I have travelled the world extensively and now can recount a jungle trek through the Amazon forest, white water rafting on the Zambezi in Zimbabwe, the Annapurna mountain trek in Nepal as well as a visit to the Taj Mahal and the Great Wall of China. I am particularly fascinated by the many connections between historical and architectural facts here and those around the world 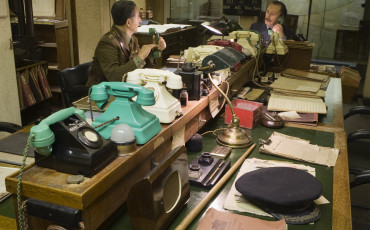