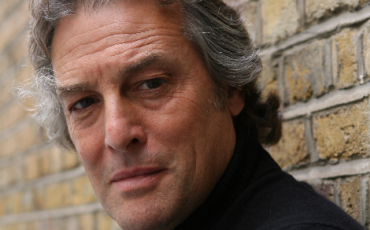 I was born and went to school in London and although I have travelled extensively, I have always lived in London. After graduating from the Royal Central School of Speech & Drama in 1980, I worked regularly as a professional actor not only in Britain, but in many European countries in all mediums - film, television, theatre and radio.

With a keen interest in history, I qualified as a London Blue-Badge Guide in 1999 and my work includes conducting a wide range of driver-guided or walking tours that explore different areas of London including the River Thames, palaces, museums, galleries, street markets and churches. I also offer day visits or longer overnight tours not only to many of the most iconic sites around the country, including cathedral cities, castles, stately homes, but to less well known areas of historic interest, outstanding beauty and villages.

I have worked as a tutor for The American Institute of Foreign Studies (UK), Florida State University London Study Centre and Elon University. The subjects on which I lecture include 'The Monarchy', 'Hampton Court Palace', 'Winston Churchill', 'Battle of Britain' and 'The History of British Theatre' as well as conducting visits to wide range of historic sites.

I have also gained endorsements at The Palace of Westminster, the British Museum, Somerset House, Canterbury Cathedral, Salisbury Cathedral and London Venues for 2012.