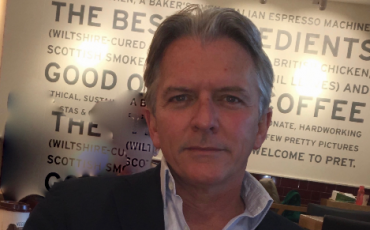 I run London walking tours for individuals, families and groups (both large and small), as well as guiding panoramic coach tours and corporate events.

Having lived in London for over thirty years, I enjoy almost everything this great metropolis has to offer. I look forward to introducing London to first-time visitors, or perhaps exploring new areas and neighbourhoods with locals and frequent visitors.

I have lived in the United States (New York, Arizona and Florida) and am particularly keen to introduce American tourists to London.  I’ll explain the city’s quirks and eccentricities but also show you how much the British and Americans have in common.  We can explore our shared history…from the Founding Fathers to the G.I. experience in London during the Second World War.

I am especially keen to introduce visitors to the wonders of Westminster Abbey and nearby St. Margaret's Church.  Alternatively, we can bask in the glory of Sir Christopher Wren's masterpiece, St. Paul's Cathedral (complete with numerous American connections, including a memorial to the man who burned down the White House!), or explore the minutiae of the Churchill War Rooms.

Formerly a financier in the City of London, I am also keen to introduce the Square Mile to new visitors and describe its 2000-year history and what happens there today.

Outside of London, I frequently conduct tours of Windsor Castle, one of the country's greatest historical sites and the preferred residence of HM Queen Elizabeth II.  In March 2019 I significantly added to my knowledge of Windsor by attending and passing the rigorous Windsor & Eton Endorsement course.

Nearby is Hampton Court Palace, less frequently visited but no less impressive.  The former home of Henry VIII and joint monarchs, William and Mary, the palace features some of England's most spectacular gardens, as well as a superb selection of paintings from the Royal Collection.

Oxford is another one of my preferred destinations, as few places can match what poet Matthew Arnold described as "that sweet city with her dreaming spires / She needs not June for beauty's heightening".  Whether it's Harry Potter's Christ Church or the simple beauty of the Bridge of Sighs, Oxford is a wonderful day out.

Listed below are a few recent testimonials and a list of my special interests.  The list is not exhaustive, so do please let me know if there is something else that you would like to explore.

"Thanks for being patient with us!  You are a great guide - enjoyed our time with you" - R, USA

"You made London "sparkle" with your knowledge & humour" - L, USA

"Today we had a guided bus tour of London. The guide was knowledgeable and hilarious, able to answer questions on just about everything we passed (aside from a certain suspended rhinoceros.)  Our group was able to see most of the famous sights in London: London Tower, Hyde Park, Houses of Parliament, and much more. Tower Bridge with its promised glass floor attracted quite a bit of interest. The commentary was funny and engaging - people felt comfortable from the moment the guide stepped on the bus, and had no problem jumping into the discussion or asking a question. Not many kids were staring at their phones; most were listening attentively. Overall, though the tour was brief, it gave us a look and some background on a huge smattering of landmarks and buildings all across the city, all while being wildly entertaining. The time flew by in an instant. Would recommend." - Edward, USA

"We appreciate you so much! Thank you for sharing your knowledge about a different place & culture with us. What a treat it was for us to learn more" - The Group from Prairie Grove, Arkansas, USA

"Thank you for a thoroughly memorable and enjoyable time in London!" - V & K, Atlanta, Georgia, USA

"We really enjoyed our tour with you this morning. Thanks so much for helping us navigate the Abbey and for our walking tour afterwards. It was lovely.  You gave us a good start to our vacation! And thank you for [your] additional suggestions [about things to do in London]!" - B, B & D, Toronto, Canada

"We remember with much pleasure and gratitude the wonderful tour you gave us at the Tower of London.  And, we really enjoyed the walk through the old city." - P & W, Richmond, Virginia, USA

" I had great feedback from last week so I wanted to make sure we used you for the rest of the season." - Tour Operator, England

"Thank you for looking after [my clients] yesterday.  They had a wonderful time with you." - Concierge, London 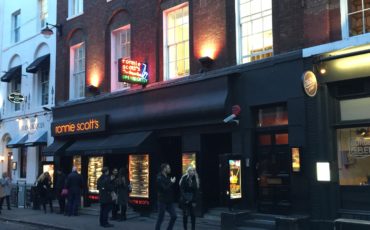