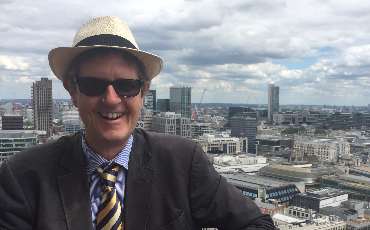 I'm British, born in Portsmouth with a grandfather from Wales and a grandmother from Ireland but moved to London in 1981 and spent the next 30 years policing the capital before deciding on a change of career. In 2012, after 30 years service, I retired from the police and concentrated on studying for my London Blue Badge Tourist Guide qualification, which I was awarded in 2013. I guide on foot, on coach, by public transport or in a car with or without a driver (that's me doing the driving).

I live on the outskirts of London near a 500 year old palace made famous by one of the former occupants who had a propensity for changing wives, under 15 miles from Trafalgar Square. I am very happy to meet you your hotel or at any train station in the South East to start a tour. This can save at least 3 hours time getting in and out of London.

I live less than an hour some of the most famous sights in Britain in one of the most beautiful parts of the country. Close to me are the southern Home Counties of England, each with its own character and a host of local landmarks. Most of my work starts in London, but I will meet you anywhere that suits you.

My interests are varied, mostly arts side, including music, theatre, London history, food and local beers, an interest in the World Wars, Country Houses & Stately Homes and more Importantly, the stories of the people who lived in them

I know the best times to visit even the busiest places, the shortcuts, the interesting detours, some of the best places to eat to suit your time, palate and budget. As a Blue Badge guide, I have priority booking at the major London sights and can save you lots of time "queueing" or waiting in line. I can be found on their websites. I am also listed on Facebook (jolly good tours), Instagram and Twitter (#jollygoodglyn)